Jed Beaton has claimed Rockstar Energy Husqvarna Factory Racing’s best overall result at the opening round of the 2020 FIM Motocross World Championship, narrowly missing out on an MX2 class podium finish to place a strong fourth overall at the MXGP of Great Britain. With the first round of the new season proving challenging for all teams and riders due to adverse weather, a revised schedule and a hugely difficult MXGP qualifying race on Saturday was thankfully followed by bright, dry but cold conditions throughout all MXGP and MX2 races on Sunday.

Making a hugely positive start to his 2020 MX2 World Championship campaign, despite being frustrated at ultimately finishing just shy of a final overall podium result, Jed Beaton delivered a stand-out performance in the day’s opening MX2 moto. Completing the opening lap in seventh following a good start, he took a few laps to dial himself into the track before starting to move forwards on lap six.Initially moving into fifth, just two laps later the young Australian was third and looking increasingly comfortable around the British circuit. Consistently ticking off the laps the FC 250 mounted rider continued to push hard and with four laps to go moved into the runner-up position behind Jago Geerts. Successfully completing the closing laps of the race, he rounded out the first MX2 moto of the year in second. 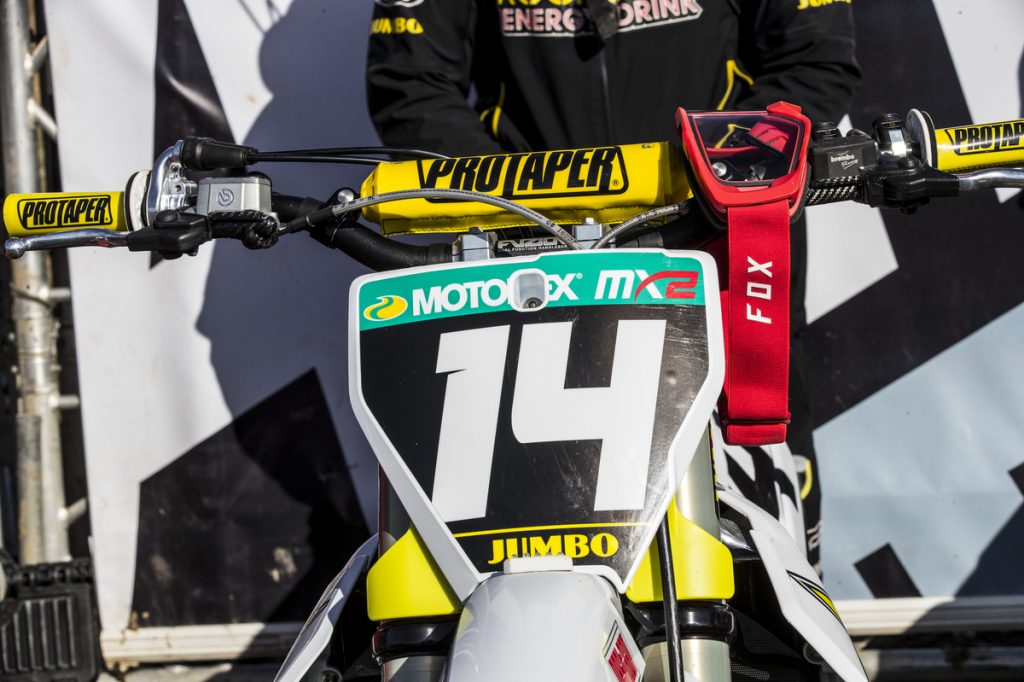 Race two saw Beaton again show good speed, taking his time to find his rhythm before moving forward two spots and looking to repeat his opening moto performance. With intermittent rain making the track slippery in places, Jed made a small mistake and fell, which dropped him back to eighth. Despite making up two positions to finish the race in sixth, his hopes of a final podium result were ended. Nevertheless, in placing fourth overall, Jed made a strong start to his 2020 campaign, showing impressive speed in both motos. Joining teammate Beaton in completing a positive weekend at Matterley Basin, Thomas Kjer Olsen rounded out the GP in seventh overall in the MX2 class. The Dane was unable to ride for more than one month ahead of the British event due to injury, but despite his time off the bike he showed impressive speed in the second moto.

In the opening MX2 race Thomas was unable to recover from a poor start and having completed the opening lap in 11th was unable to break inside the top 10 and completed the race in 11th. Getting a good jump from the start in race two, TKO set himself up well for strong result by completing the first lap in fifth. Holding his position for the opening lap, he then jumped into third position which he held until lap 10. Running the pace of the two riders ahead of him, although eventually ending the moto in fifth, Thomas showed impressive form despite his lengthy time off a bike. 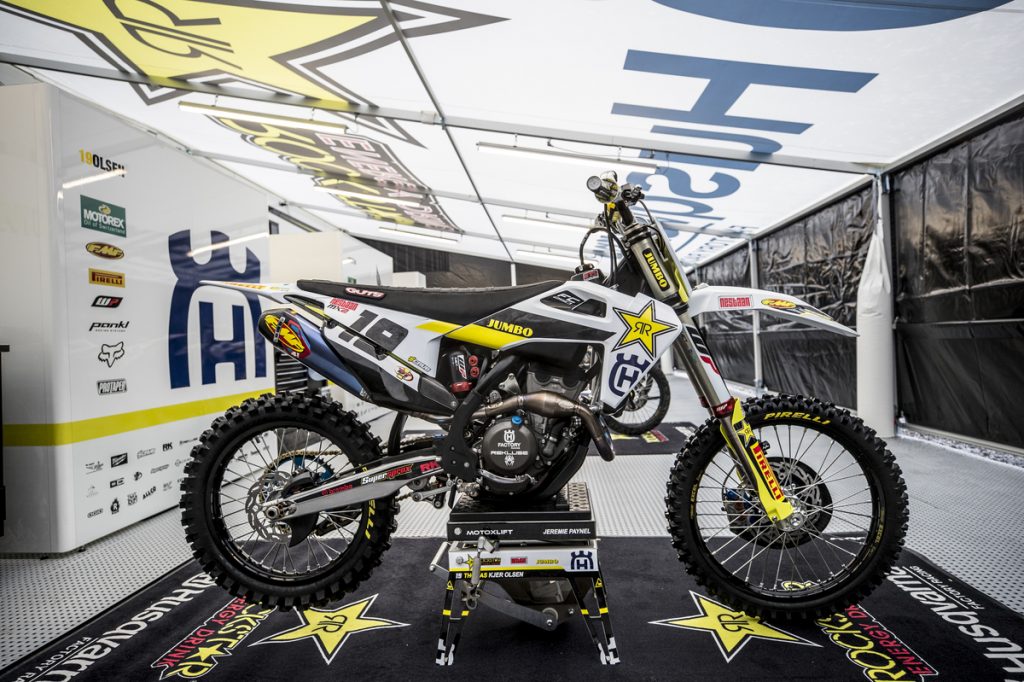 The opening round of the 2020 world championship proved to be a challenging one for Rockstar Energy Husqvarna’s MXGP class riders Arminas Jasikonis and Pauls Jonass. With Arminas completing the event in 12th overall, Jonass was unable to finish higher than 18th having been forced to withdraw from the second race following a heavy fall.Completing the opening laps of each race in 28th and 33rd respectively, Jasikonis dug deep to do the best he could in both races but frustratingly was unable to make any impression on the top 10. Making numerous passes throughout each race the FC 450 rider showed some strong pace and impressive lap times while amongst traffic.

Completing the opening MXGP moto of the season in 12th, Pauls Jonass’ hopes of an improved result in race two were ended when the former MX2 World Champion crashed twice. Dropping a handful of places the first time he hit the ground, his second crash was a big one, which ultimately lead to him retiring from the moto.

Rockstar Energy Husqvarna Factory Racing will next be in action at round two of the FIM Motocross World Championship, for the MXGP of The Netherlands, on March 8.

Jed Beaton: “It was a good weekend for me. Fourth overall is a great result for the first Grand Prix, although I’m a little disappointed to miss the podium because of a small crash in the second race. In the first moto I had a good start, found some nice lines and came from eighth to second, which was great. I felt good and, yeah, it was good to get that result in the books. Second moto, it took a while to settle into a rhythm and then I just washed the front wheel out in a corner, losing a few places and I finished the race in sixth. For the upcoming rounds I just need to be a little more patient. Overall, it’s been a great day and there are plenty of positives to take into round two next weekend.” 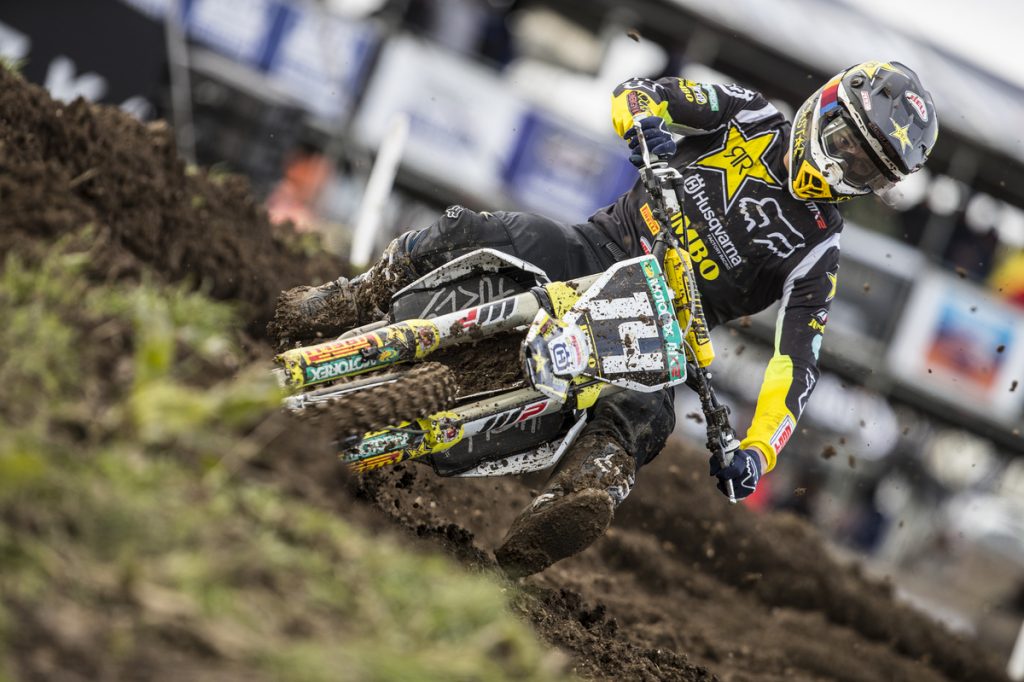 Thomas Kjer Olsen: “I’m happy with my weekend after only two days on the bike this week after my injury in January. I was a little disappointed with the first moto, my start wasn’t great, and I was buried in the pack. It’s a competitive class so it’s hard to pull through when you get a bad start. Fifth place in the second race was good and I’ll happily take that after being off of the bike for so long. Seventh overall is a good result and a good start to the season. I came here looking to make as many points as possible, and that’s what I did and I’m already looking forward to next weekend and knowing that my speed and fitness are both really good.” 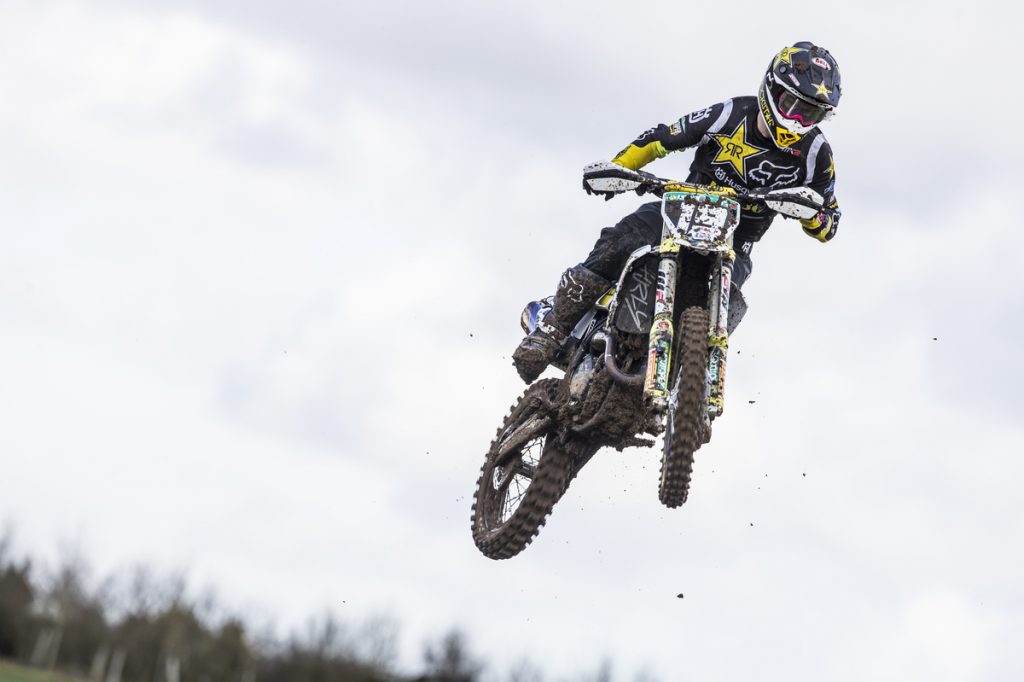 Arminas Jasikonis: “In my first race I crashed three or four times and it was just a disaster. I needed to ride with my head but instead I pushed too hard, causing more mistakes and crashes. In the second moto, I had a much better start but tangled with my teammate on the first lap and ended up on the ground. I was then almost last so to finish that race in 14th is not so bad. There are positives to take from here despite the result, like my speed in traffic and also my lap times, which were competitive. I know I’m strong and fast and I’m leaving here healthy, so we’ll draw a line under this one and improve next weekend.” 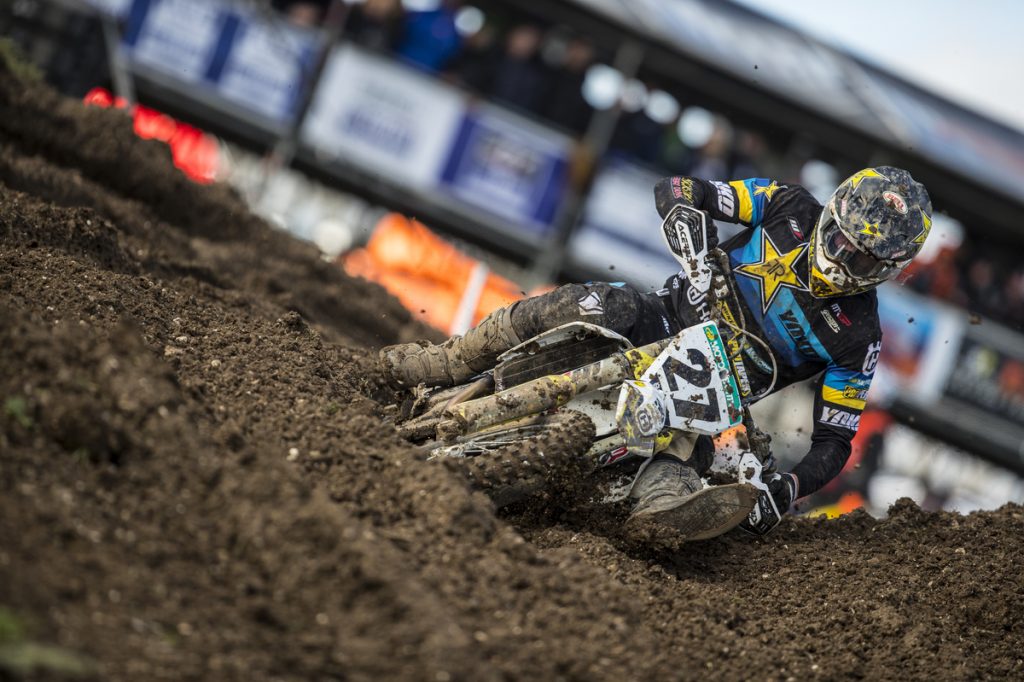 Pauls Jonass: “Clearly it’s not been the weekend that myself or the team wanted, but we’ll move on from it and focus on next weekend’s GP. I know I’m capable of a lot better than what we got this weekend. The first race wasn’t what we wanted but the crash in race two was a big one. It could have been really bad, so we move on and look to get things back on track next weekend.” 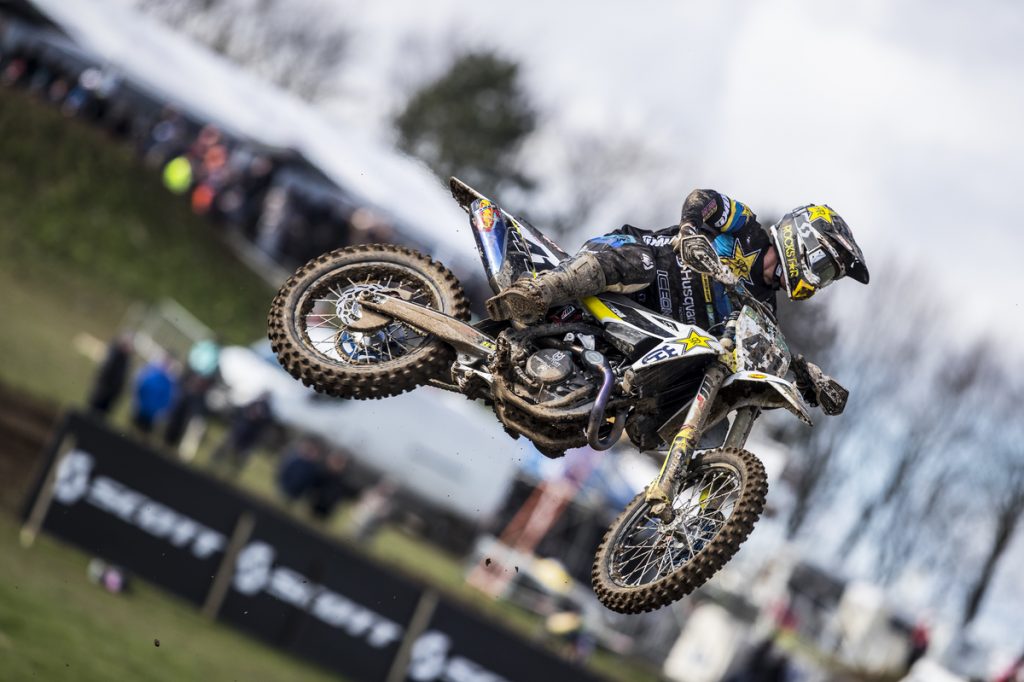 Championship Standings – After Round 1