Champion. Team owner. Husqvarna rider. Those are just three ways to describe Australian motocross number one Todd Waters, who continues to do things his way at the top level of the sport on a domestic level.

At 29 years of age, Waters has become a fixture at Husqvarna Motorcycles. Fittingly, he first formed part of the Swedish brand’s re-entry into the MXGP World Championship during the 2014 season under KTM Group ownership and the pair have maintained close ties ever since.

In fact, after more than a decade of competing at the professional level both in Australia and abroad with a variety of teams, Waters was finally able to clinch the championship that he’s targeted since stepping into the pro ranks as a teenager when he won the 2019 national MX1 title at Coolum last August with the support of Husqvarna. 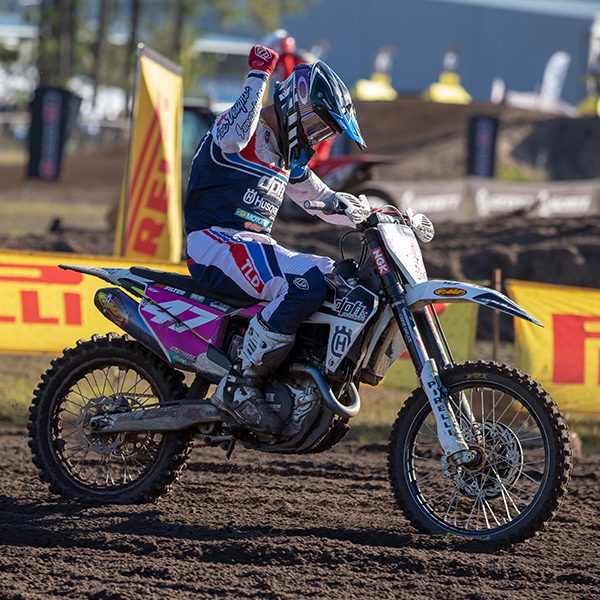 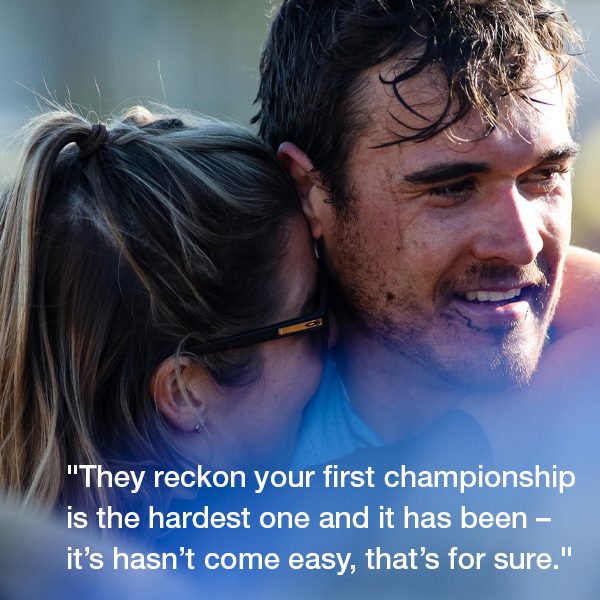 “I wouldn’t say relieved, but I’m excited more than anything. It’s a good step for the future and hopefully, we can keep kicking goals and get some more,” a beaming Waters said at the time.

Not only will you find Waters aboard his Husqvarna FC 450 that he won the Australian championship aboard, but the Queenslander has also developed a connection with the wider range of Husqvarna Motorcycles, including the FE off-road range, the Svartpilen 401 and, most recently, the 701 SUPERMOTO. For Waters, it’s a genuine appreciation that feeds his life on two wheels.

“I just like riding bikes and Husqvarna have a great range of bikes both on- and off-road, as well as the adventure bikes, and I was lucky enough to get the new 701 SM bike just recently,” he explained. “It’s exciting to be able to dip into something different with the brand, step out of my racing shoes, and represent them on just a normal level. 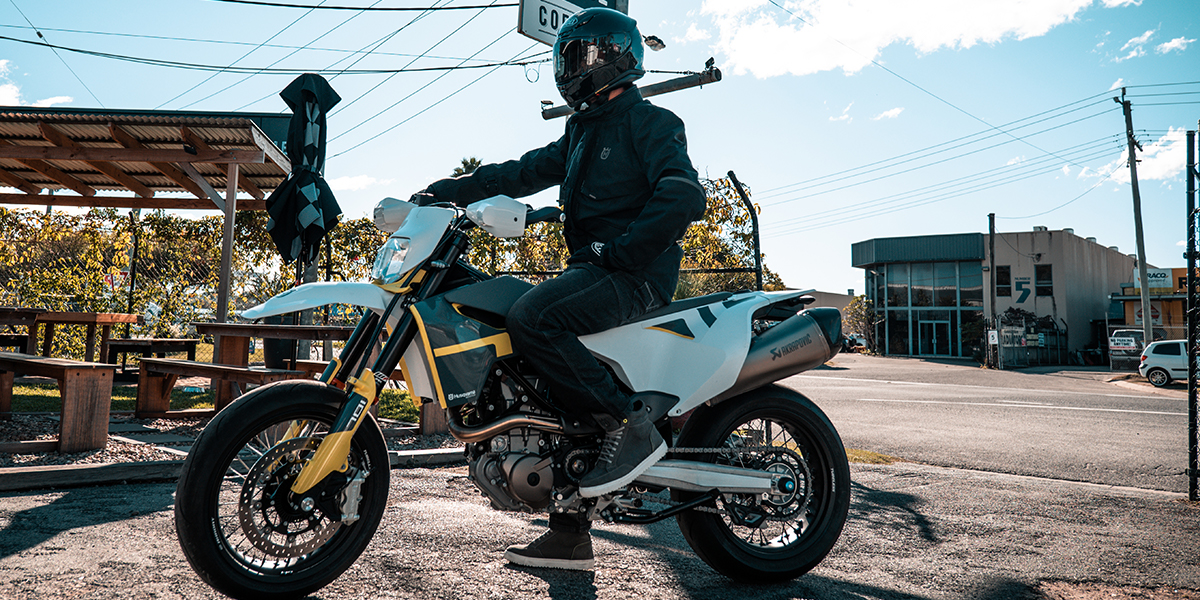 “My goal is to be more connected with Husqvarna as a brand and as an ambassador, whether it’s helping the junior racing program, coaching, doing video projects or promotional stuff, I enjoy that side of it all. That’s where my mindset is at, just be a part of the brand and hopefully grow into a position where people recognise me as a Husqvarna ambassador here in Australia, so I’m not just a racer on their bikes.”

Beyond his goal of further aligning with Husqvarna Motorcycles, Waters is leading the way when it comes to establishing himself as a new generation of professional-level racers. With a growing base of loyal partners who support his every step and a desire to grow the sport to new heights locally, he is now owner of the Berry Sweet Husqvarna team that’s been newly-formed for the 2020 season.

As a result, Waters enters the unusual territory of being team owner/rider, but with his focus unwavering, so far that transition has been a successful one despite the challenges presented this year by the unprecedented pandemic that has halted competition to date. In addition, Western Australian teenager Regan Duffy is part of Waters’ two-rider squad for when racing recommences and is learning his craft from one of the country’s best.

“We definitely have a good program in place, I know what I need to do and I’ve got the right partners behind us, so I was able to pull the team together,” stated Waters. “Unfortunately, the virus hit and I’m not sure where the future motocross is looking at the moment with a few changes in the air. It’s still a bit undecided, but we’re ready to go racing. 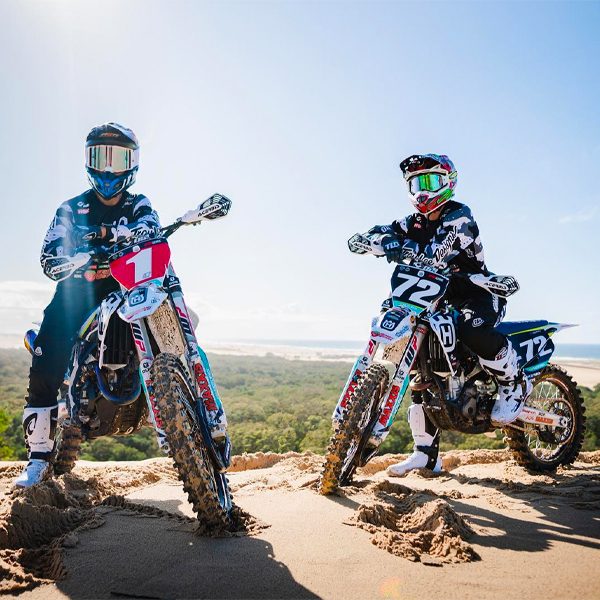 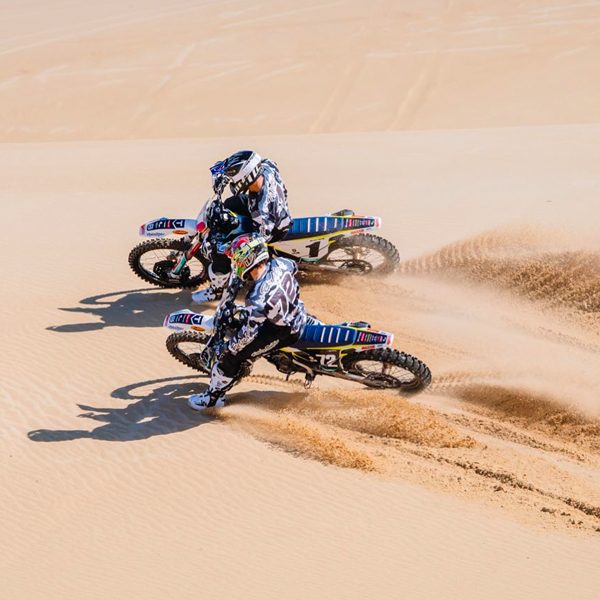 “We’ve got young Regan Duffy on-board riding the FC 250 in MX2, so from a team point of view, we’re ready to go. I’d love to continue what we started, I want to be the official Husqvarna team here in Australia – that’s my goal – and obviously to continue winning for them guys as both a rider and a team owner.

“Creating a program around me, I can’t see who could really do it better than myself. I know what I want, I know what I need, I’ve got the people around me to do so, so it just makes sense. It just comes down to funding and that’s the tricky part, is to get sponsors aboard to make it all possible.”

Not only is Waters defending his motocross championship, but this year he has also chosen to contest the Australian Off-Road Championship (AORC) riding an FE 450 in an expended effort. Two events into that campaign it’s been a case of so far, so good, as he currently sits third in the E2 standings with a haul of early podiums to his credit. 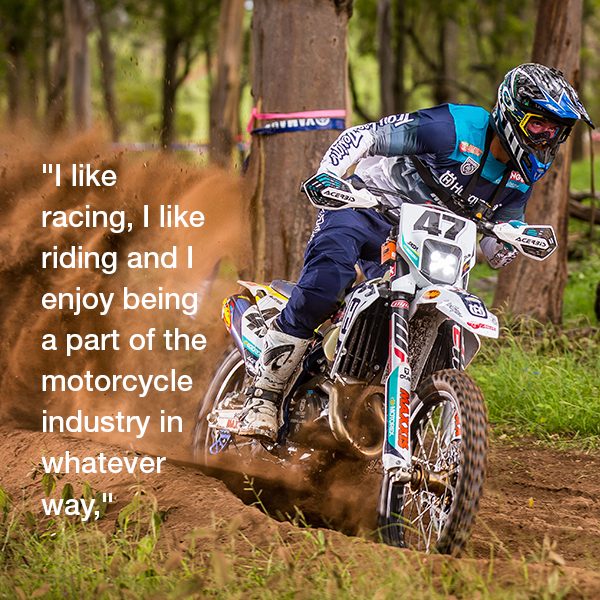 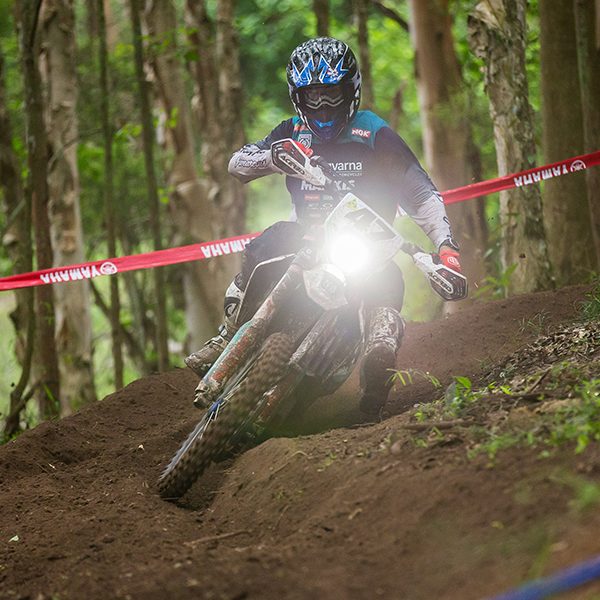 “No-one’s really done both. I ticked off the Australian championship and, yes, we want to win more and I feel that the off-road will help me in areas to progress in my motocross as well. I don’t see it as a disadvantage, so I thought, ‘well, it’d be pretty cool to try and go for both championships’.

“This year it was purely just to go ride the off-road and just learn it. I can’t be expected to be competitive against Daniel Milner and Daniel Sanders immediately because at the end of the day, they are the best in the world. They’ve proven that they’re no slouches, but I’m excited to go up against them and learn off them this year, then hopefully race up against them for a championship in the future.”

Waters has seen a lot in his time in racing, both for better or worse, but if there is one thing you can count on it’s that he is committed to adapting and making the most of any opportunity that arises. An entrepreneur of the motorcycle racing variety, it’s his sheer enthusiasm combined with an unrelenting will to succeed that make him once of the most fascinating people currently within the industry. 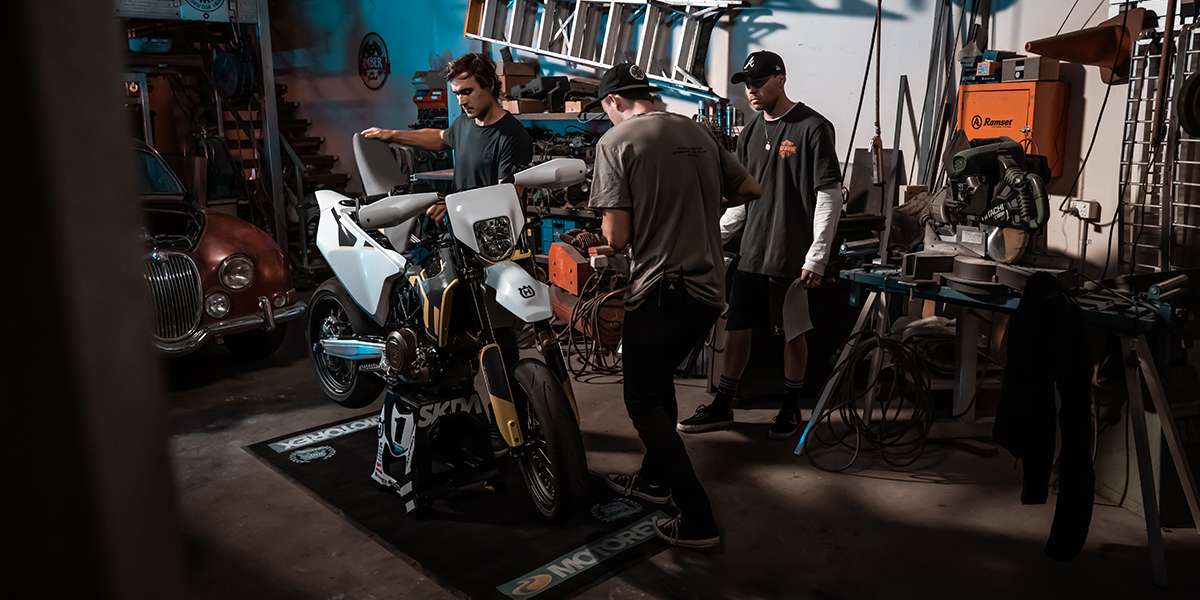 “Being a racer is a lot different to 10 years ago, for sure, and I’ve just decided to be adaptable in my approach,” stated the Gold Coast resident. “That’s how it is. I’ve seen a lot of racers, all they do is race and I think these days you need to be a lot more valuable than just a racer here in Australia. We’re not making millions of dollars like guys overseas, so we need to be able to show our worth.

“Otherwise, as you see, champions come and go and they get forgotten about. That’s something that I want to try and change to establish myself as a brand and into our industry. The passion I have for motorbikes in general is… I love it. I know nothing but racing, so I don’t see myself stepping away anytime soon.”