The Rockstar Energy Husqvarna Factory Racing Team had a successful night in Arlington, Texas for Round 8 of the 2020 AMA Supercross World Championship Series at AT&T Stadium. In the second Triple Crown of the season, team rider Jason Anderson put together three solid performances to finish third overall in the 450SX class, while his teammate RJ Hampshire claimed his first 250SX Main Event win en route to third overall in the Eastern Regional division.

450SX
The Triple Crown format consists of three Main Events in each class, with riders vying for the lowest combined overall score on the night. With 3-2-5 finishes, Anderson positioned himself inside the championship fight all evening as he narrowly missed the overall win by only three points. He had a great jump off the line in 450SX Main Event 1, where he battled for the lead early on. He eventually settled into third and he rode a strong race to secure a podium finish in race one. In the second race, Anderson got a top-five start and he charged his way up to second just before the halfway mark, ultimately securing second in race two. Anderson came into the third and final race with the overall lead in points and he put himself into a favorable position right away as he battled for the early lead. Halfway through, Anderson vaulted himself into the lead and he held strong out front for about five laps. With two laps to go, Anderson went down in the whoops and ultimately finished fifth in the race.

“My weekend went pretty good, it’s hectic out there with the Triple Crown format,” Anderson said. “My riding seemed to be pretty good all night but I think the most eventful part for me was the whoops. Other than that, I rode good, put myself in good positions and was able to come out with a podium. I’m having a good time and I’m excited to keep going!”

Team rider Zach Osborne secured his third top-five finish of the season with solid 7-4-3 finishes. He got off to a top-five start in the first Main Event but a mistake dropped him back to 10th early on. He fought back to ultimately secure seventh in race one. In race two, Osborne started off in seventh and he engaged in a battle with his teammate Wilson early on. With two laps to go, Osborne was able to overtake fourth where he finished just off the podium in race two. In the third race, Osborne shot off the line to capture the holeshot and early lead. He led the first seven laps before engaging in battle with Anderson and from there, he charged his way to a season-best third-place finish.

“It’s nice to finally have a good result for the team and also for me, it just makes the workload a lot easier when you have a decent weekend,” Osborne said. “To lead some laps in the last Main and finish 7-4-3 with a consistent night, I feel pretty good about it, so we’ll just continue to work and keep this momentum rolling in the right direction for the rest of the season.”

Dean Wilson secured a top-10 overall finish on Saturday with 13-9-6 scores. In 450SX Main Event 1, Wilson got off to a top-10 start and he battled hard in the early laps. However, a crash on lap four dropped him all the way back to 19th and he put his head down to charge back up to 13th. In the second race, Wilson began in sixth and he went back-and-forth with his teammate Osborne early on. He shuffled around inside the top-10 before securing ninth in the second race. In the final race, Wilson got another top-10 finish and he steadily climbed his way through the pack, where he ultimately secured a sixth-place finish.

“I’m not fully satisfied with the result tonight but unfortunately I crashed the first two races, which really hindered my overall result,” Wilson said. “I feel like I definitely had some positives from today – the speed is coming back and I’m feeling a little bit better, I’m healthy and ready to move onto next weekend.”

250SX East
RJ Hampshire had a great start to the night with 250SX East Main Event 1, where he powered his way into the lead on lap one. He got passed for the lead briefly on lap six but he quickly fired back and reclaimed the position. Leading a total of 13 laps in race one, Hampshire claimed his first-ever Main Event victory. In race two, Hampshire had his work cut out for him off the start after getting hit by another rider in the second turn, causing him to round the opening lap in 16th place. He put his head down and charged into the top-10 by lap six, where he ultimately secured sixth in race two. In the third and final race, Hampshire got off to a top-five start and he quickly worked his way into third. He fought hard once again to secured third-place in the final Main Event.

“In the first race, I got up front and won my first Main Event and I was stoked on that, I fought hard for it,” Hampshire said. “I felt like we got a good start to the year now. Last weekend was a bit rough but I’m confident that we’re just going to keep getting better now.” 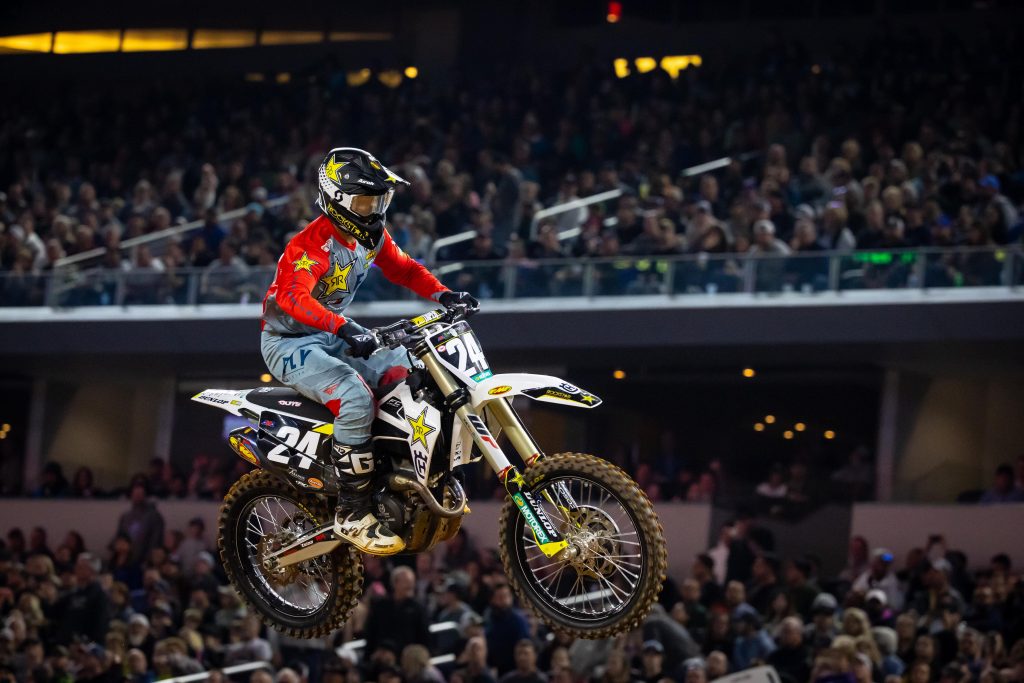 Jalek Swoll got off to a top-10 start in 250SX East Main 1 and he battled his way to a top-10 finish in the first race. In the second race, Swoll got off to a great start in seventh and he shuffled around the top-10 before solidifying 12th. In the third race, Swoll started just outside the top-10 and he battled his way to ultimately finish ninth. With 10-12-9 finishes, Swoll was able to secure ninth overall for the night. 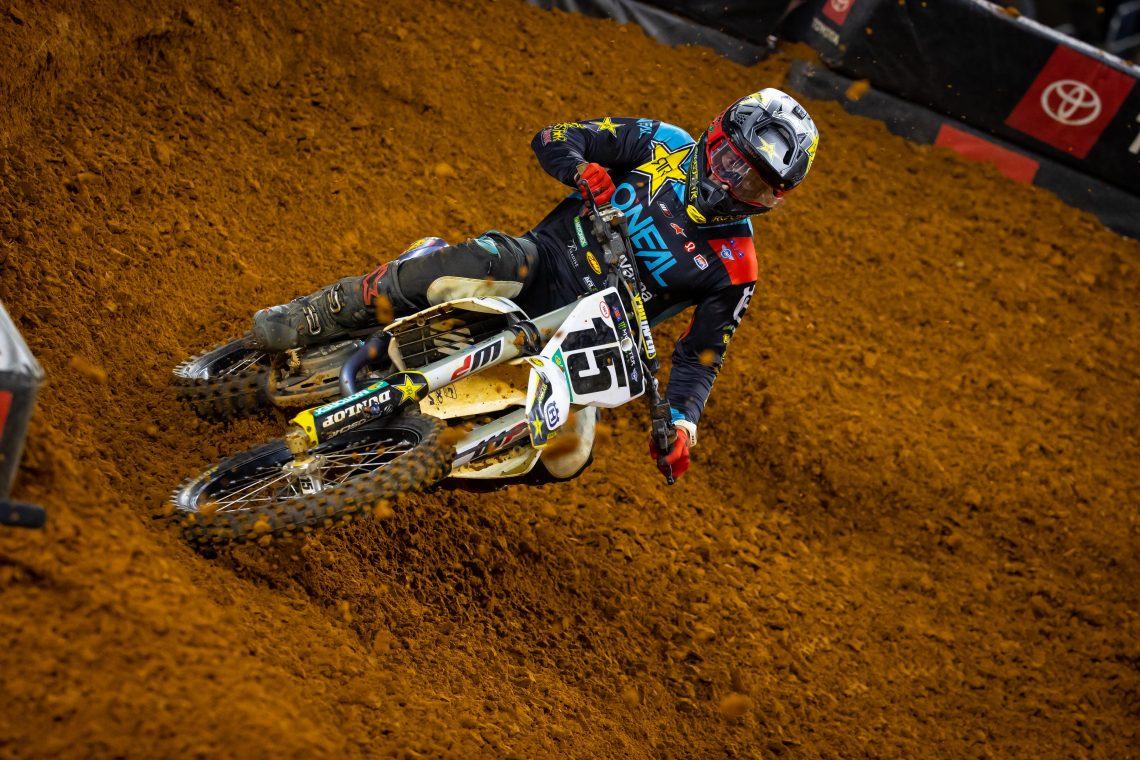 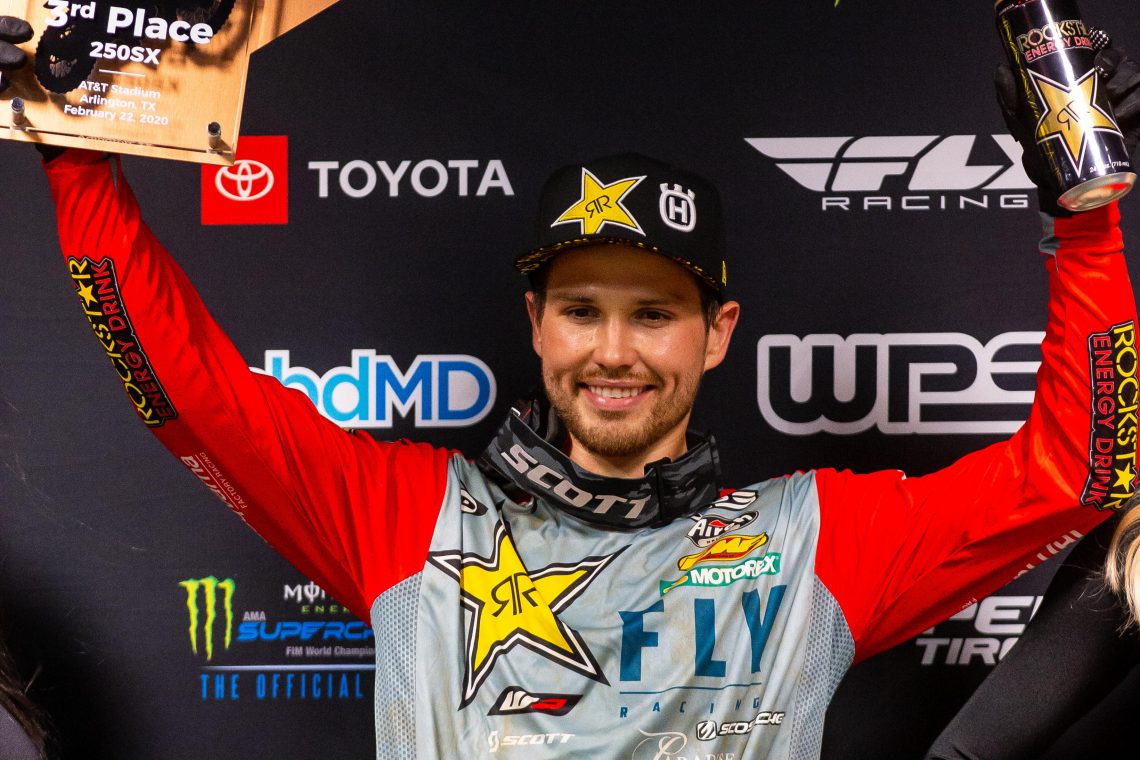 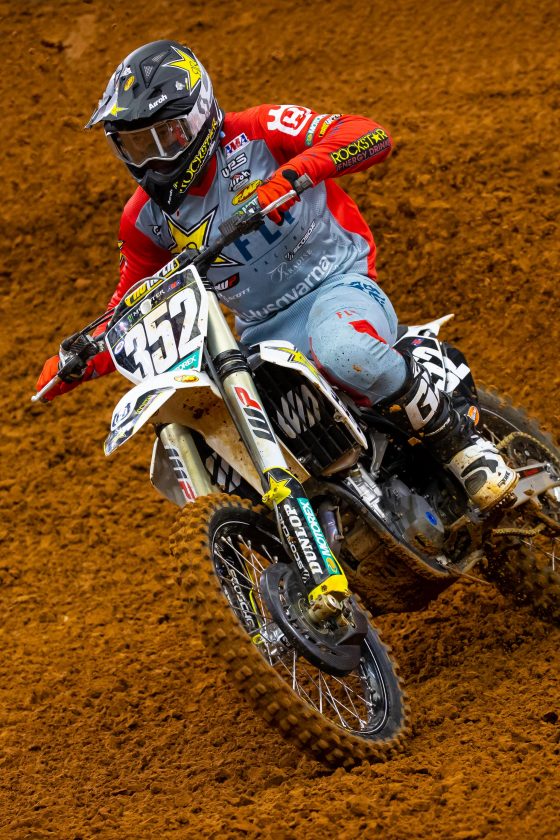 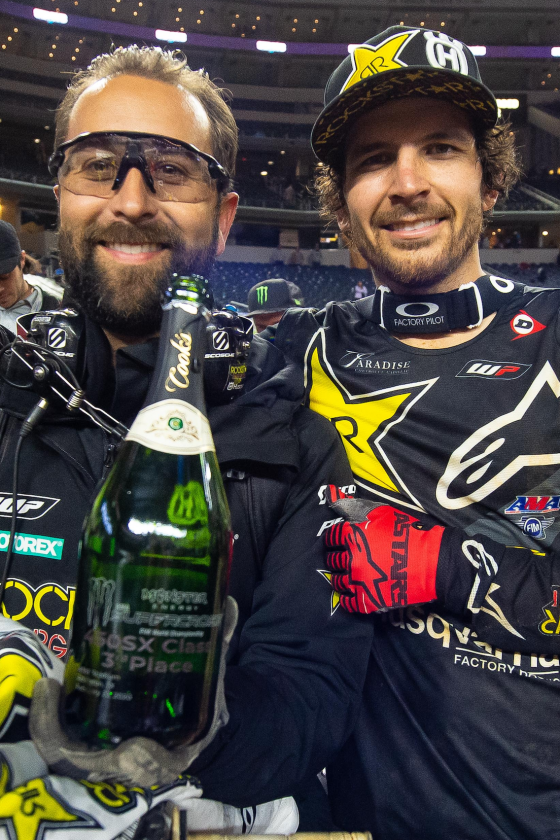 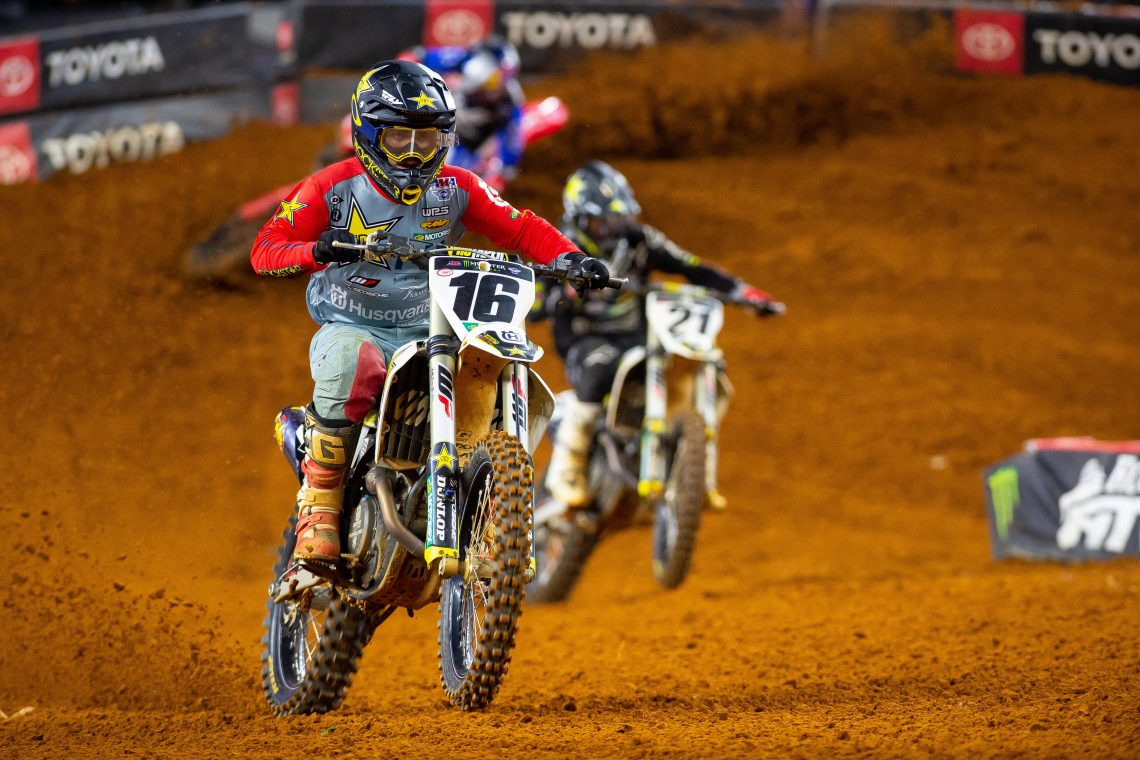