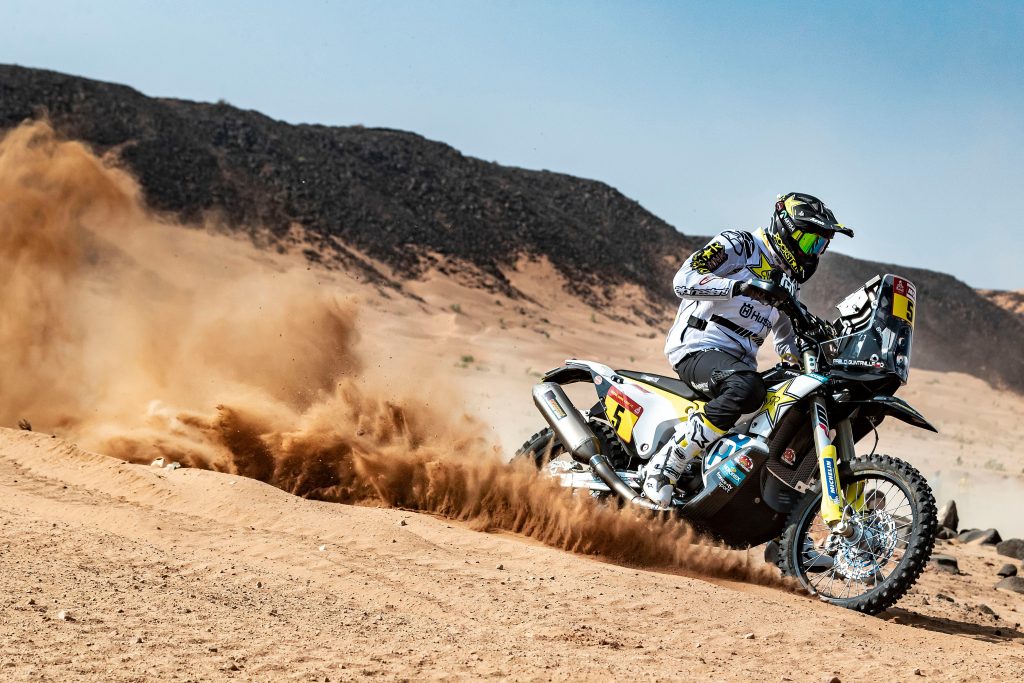 It was a new location for the 2020 Dakar Rally, how did it compare to previous editions in terms of the terrain and conditions? And did that make it harder or easier than Dakar in South America?
Pablo Quintanilla: “This Dakar was a new chapter for everyone. It is difficult to compare it with others, because although they have a common geography, there are details that make them different. In Saudi I was impressed by the enormity of the desert, in some places there were mountains, valleys and rocky areas where you seemed to be riding on another planet. It was very cold at dawn and at night – that was totally different from South America and it also made the road sections harder before starting the specials. But running the stages with less heat was also more pleasant, at least it allowed me to save some energy until the end.”

This was your eighth Dakar Rally and also your best overall finish. That must feel really great?
“I have competed in several Dakars – in some I have failed to finish, I had two fourth places, a third and now a second place. Something no rider from Chile or South America had achieved. It is a great feeling and it fills me with pride, but the most important thing is that it gives me huge motivation to keep looking for the win.” 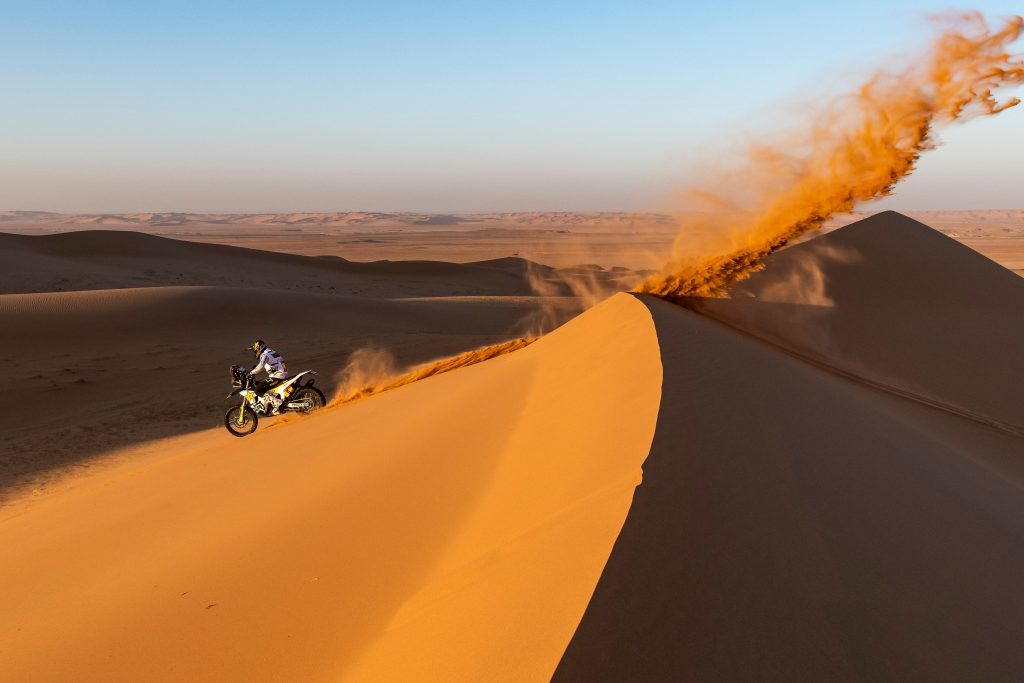 The last 12 months have been a long, and at times, difficult journey for you following the 2019 Dakar injury. Can you give some insight into your Dakar-to-Dakar situation?
“I look back now and see all the challenges that I had to go through. Last year I was close to finishing in this place when I got injured. I understand that the most important thing is the path you travel, not the goal itself. I learned a lot over these past 12 months, and that has taught me a lot about life.” 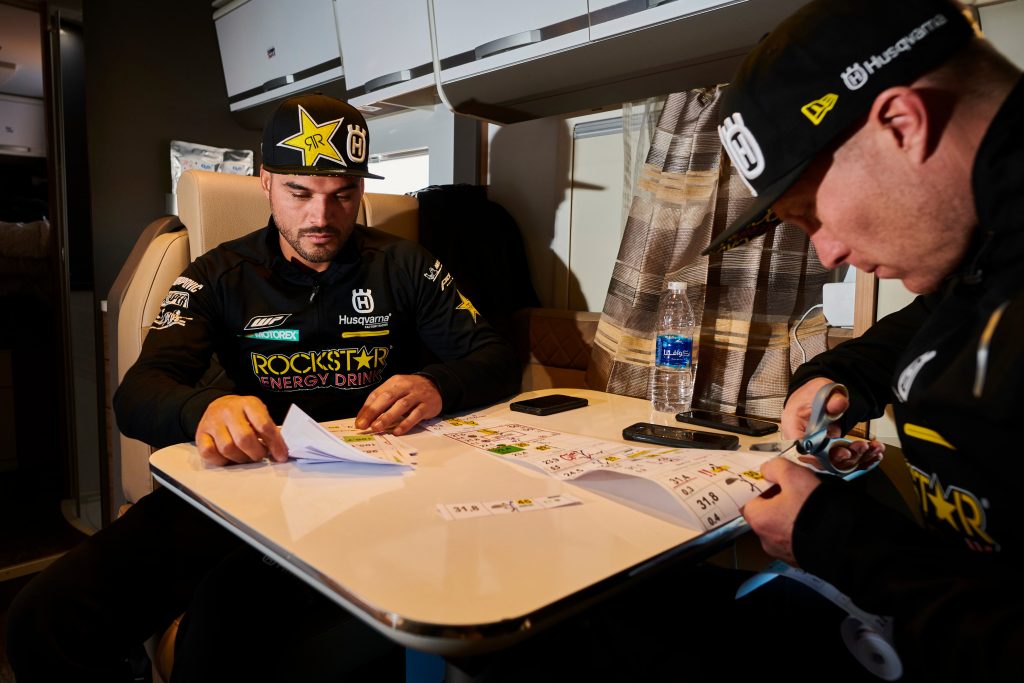 Can you speak about stage four? Every other day you finished inside the top 10, but that day you were 14th. You said ‘sometimes you just struggle a little bit…’
“It was the hardest stage we faced – complicated navigation and a mix of terrain with rocks, dry rivers and mountain roads. The truth is that I did not feel very comfortable. I had an issue with my front brake and so I found it hard to stay focused. Then I made a couple of mistakes with the road book, which cost me even more time. After that I decided to just bring it home safely and concentrate on the next day.” 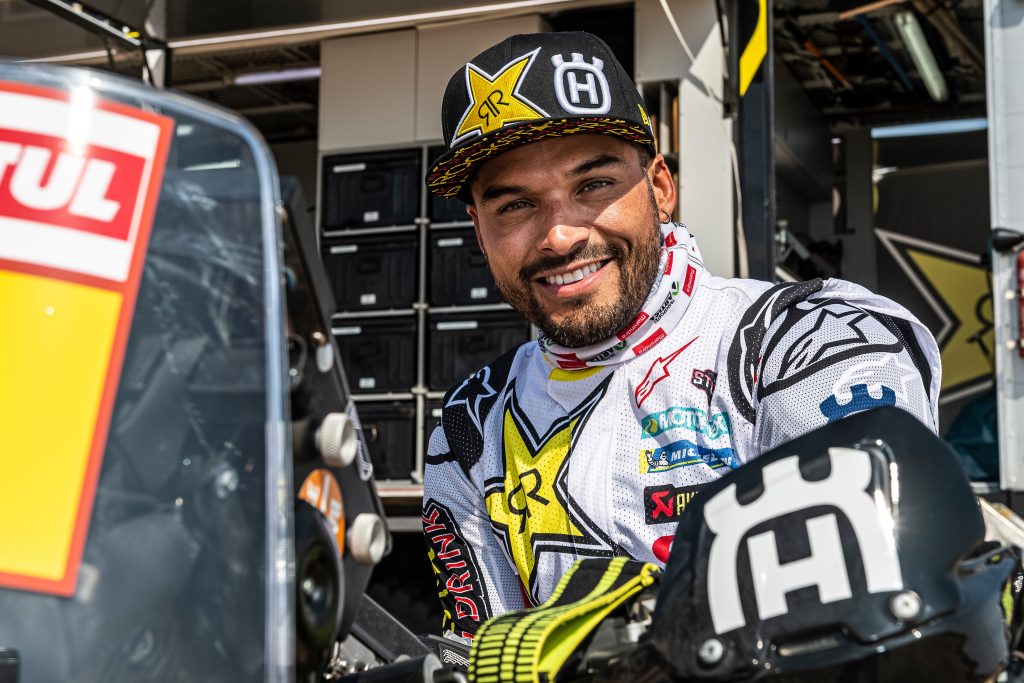 Have you learnt anything that you can take from this year’s Dakar, to improve for next year?
“I had a Dakar with ups and downs, as in all things, but I enjoyed it and my commitment was to the fullest, because I feel a lot of love and respect for my sport. I tried my best as always and won two stages. You have to try and find a way to enjoy each day, because otherwise the Dakar can become too tiring.” 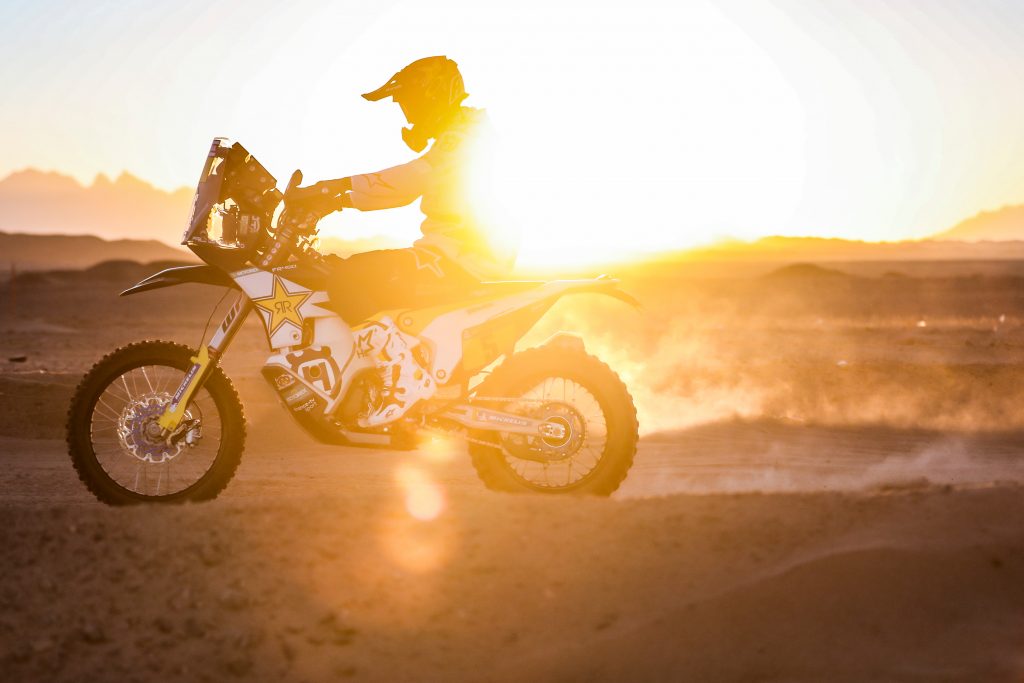 Was there a particular stage that you enjoyed during this year’s Dakar?
“Stage nine will remain in my memory and in my heart forever. We started with a 370km link in the early morning – very cold, a little dark, and it was hard for me to push after Paulo’s death. There were many feelings out there on the track, but I am a professional and I knew how to control my emotions to do the job. I began to feel good, to look for an aggressive rhythm and when I reached it, I pressed as much as I could and won the stage in honour of Paulo and his whole family.” 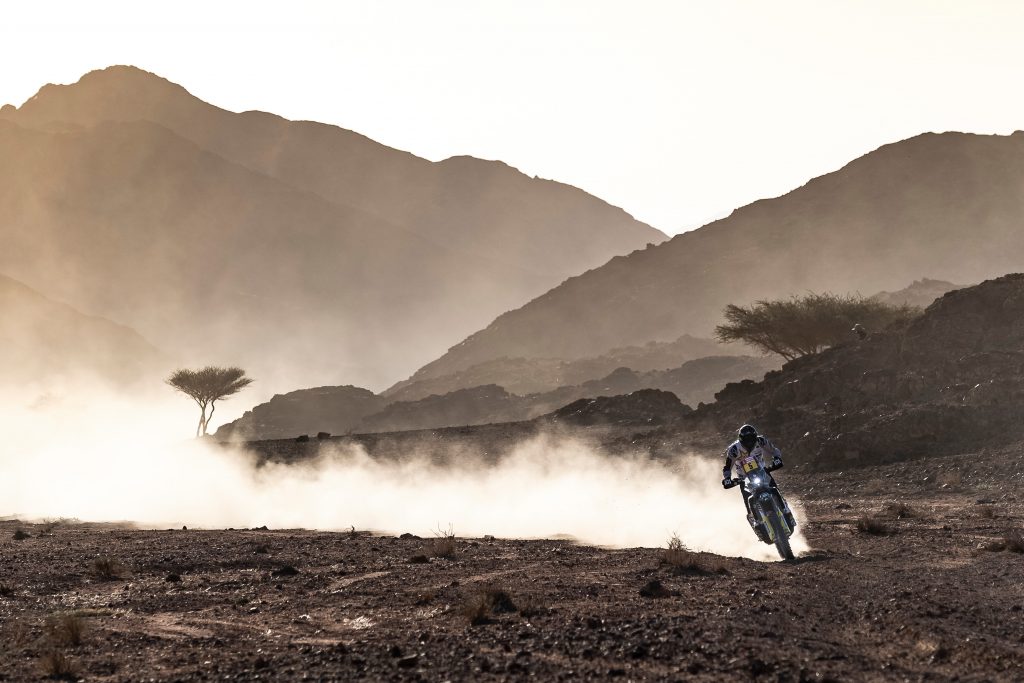 Dakar is a true team effort – the support of your team is essential but what’s the secret to not going crazy when spending so much time together during the two weeks?
“The Dakar is such a hard and long test that requires the maximum effort and passion of all who are part of the Rockstar Energy Husqvarna team. The majority of the team have been together for years at the world championship and the Dakar, so we know each other well and learn to respect everyone’s space. The important thing is that we are professionals and put our duty ahead of personal emotions.” 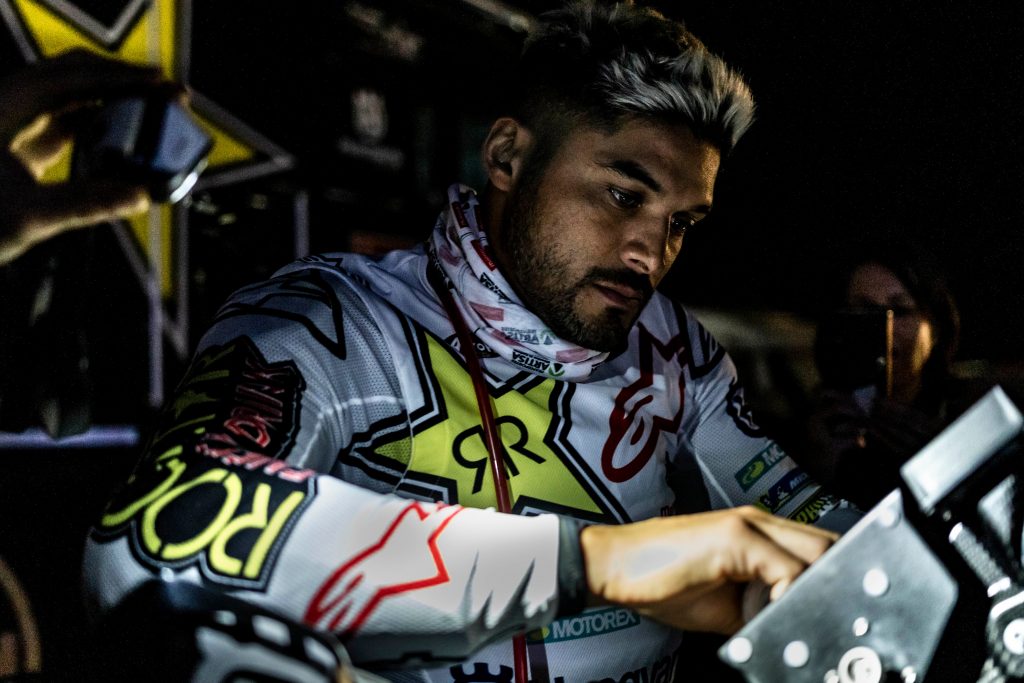 So now, looking ahead, what are your plans for 2020 – stay fit, fast and look for race wins?
“My next plan for 2020 is to take a couple of weeks of vacation. I need to rest and forget about racing for a while and having to get up and have breakfast at three o’clock in the morning! On February 17 I’ll return to training and then I’ll be happy to talk about racing again.” 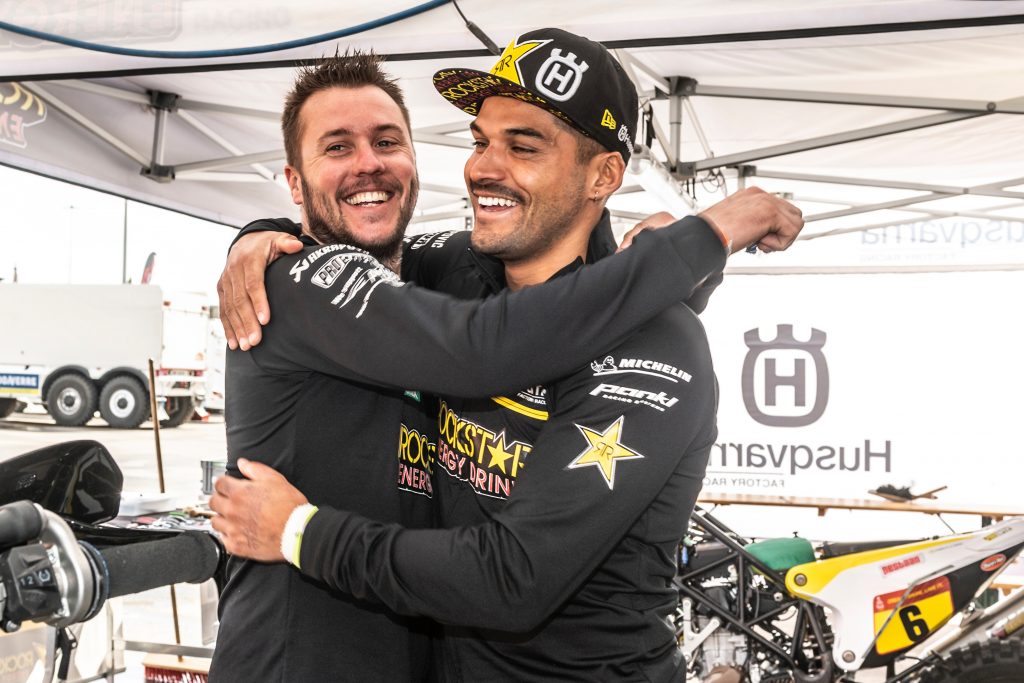