Husqvarna Australia’s Daniel Sanders has assisted Team Australia to a second-place finish in the Senior World Trophy standings, while dominating individual honor’s at the 2019 FIM ISDE.

Read what Daniel had to say as he shares his thoughts on the event and becoming the 2019 FIM ISDE World Champion.

Coming into the 2019 ISDE I had big expectations after winning the outright Australian Off-Road Championship, there was only one goal left for me to achieve for the year. Although my training program didn’t necessarily change a whole lot, it was refined to the layout of the ISDEs of racing. This focused on a lot of sprint speed practice, high intensity and riding all types of terrain, as we didn’t know what to expect when we got there.

Local professional enduro racer Lyndon Snodgrass and I use each other as training buddies and ride together almost every day. We help each other testing and trying new things and push each other to the lower our times on the test tracks. Leading up to the event, I had the privilege to test the new WP Explor Pro Shock and Explor Pro Forks with suspension tuner Anthony Giles from Choice Suspension. We made a few quick changes to help with my comfort on the bike, resulting in me being able put down faster lap times on my practice tracks than ever before. 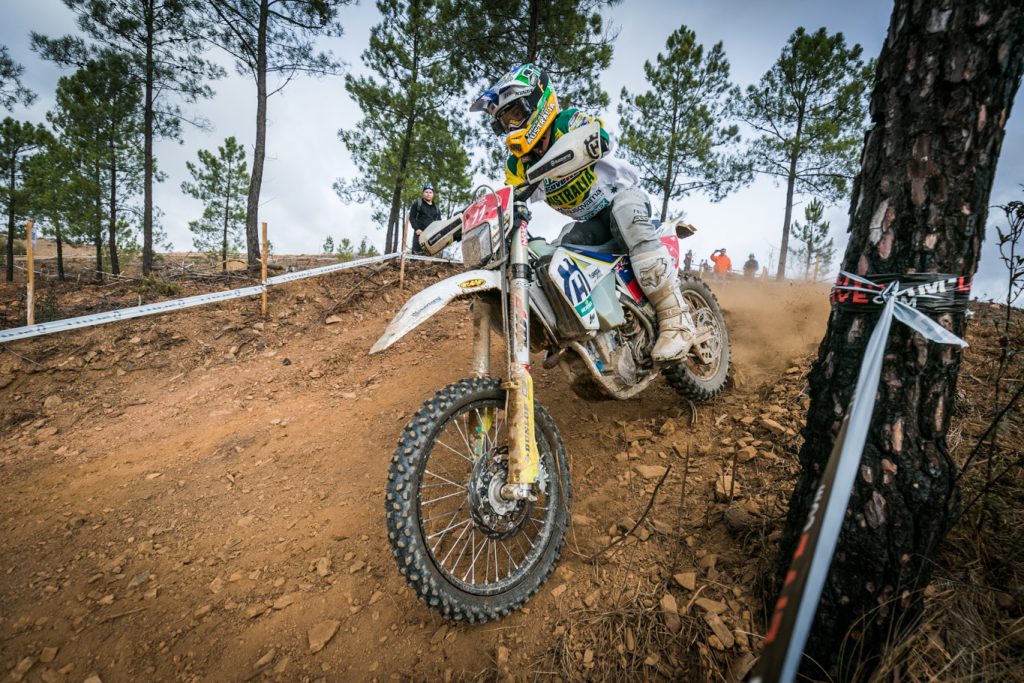 This added to my confidence going into the event as I was also able to test the new Dunlop FIM EN 91 tyres. Dunlop worked extremely hard this year to make a completely new tyre that was competitive, and they certainly did deliver. This testing time was a massive advantage going into the event, knowing I now had the best tyres underneath me and that the European riders didn’t have the opportunity to test them prior to the event.

An ISDE team is a unique thing to be a part of. We have a wide range of personalities from the riders to our supporters. Ever since my first ISDE, it’s a surprise how well all the riders get on and want to help each other succeed in the event. We genuinely work together as a team rather than seeing each other as competitors. Everybody fly’s out from our states around Australia and meets at our connecting flight in Dubai, where we catch up and then travel together to our destination, which in this case was Portimao, two and half hours’ drive south of Lisbon on the south west coast of Portugal.

We spent 5 days leading up to the event walking a total of 9 special tests, covering over 100kms of trails on foot before the we even started a bike. The Saturday night before the event is the opening ceremony, where each country marches up the main street of the town cheering for their nation, while meeting and greeting riders and fans from the other competing countries. This year I had the privilege to be the flag bearer for the first time. This was a special part of the event for me, leading the Australian team into battle with the flag in one hand and last year’s winning trophy in the other. A very special moment and I’ll remember that night for a long time.

This year’s ISDE had the most variety I have ever seen at the event, with every possible type of terrain you could ride. The first two days were held on the same test and trails, sandy loam on an old pine plantation. I put in two good times straight off the bat and opened some eyes straight away, but it wasn’t until the second day when people were shocked with my speed in the sand and other tests. I used the sand tests to my advantage and pushed hard to build a gap on the other competitors. After the first 2 days on these sandy tests, our Senior Trophy Team was leading the race.

Day 3 was probably the toughest day for me, having a good lead and moving away from the sand up into the hills on fresh slippery tests. I knew I had the biggest challenge of my life swinging off a 501 in the nastiest conditions Portugal could throw at me. The first test on Day 3 I crashed due to a sheep fence laying down on the ground, which ended up getting caught in my wheel and threw me straight over the handlebars, losing 17 seconds to the leader on this test. It was a massive task for me to get back in front, and the next 6 tests were really going to shape the event for me. I pushed hard but stayed safe for the rest of the day and won by another 30 seconds.

Day 4 & 5 was just about getting through the days, not doing anything silly and keeping an eye over the bike to ensure I had no mechanical failures. Day 6 was a very long day as my race wasn’t until 4pm. You could only imagine what was running through my wild head as I tried to settle the nerves. I needed to get the start in the E3 class and knew my motocross skills would take it from there. Crossing the line and seeing my family and team mates and the supporters was the best feeling I have ever had on a bike. 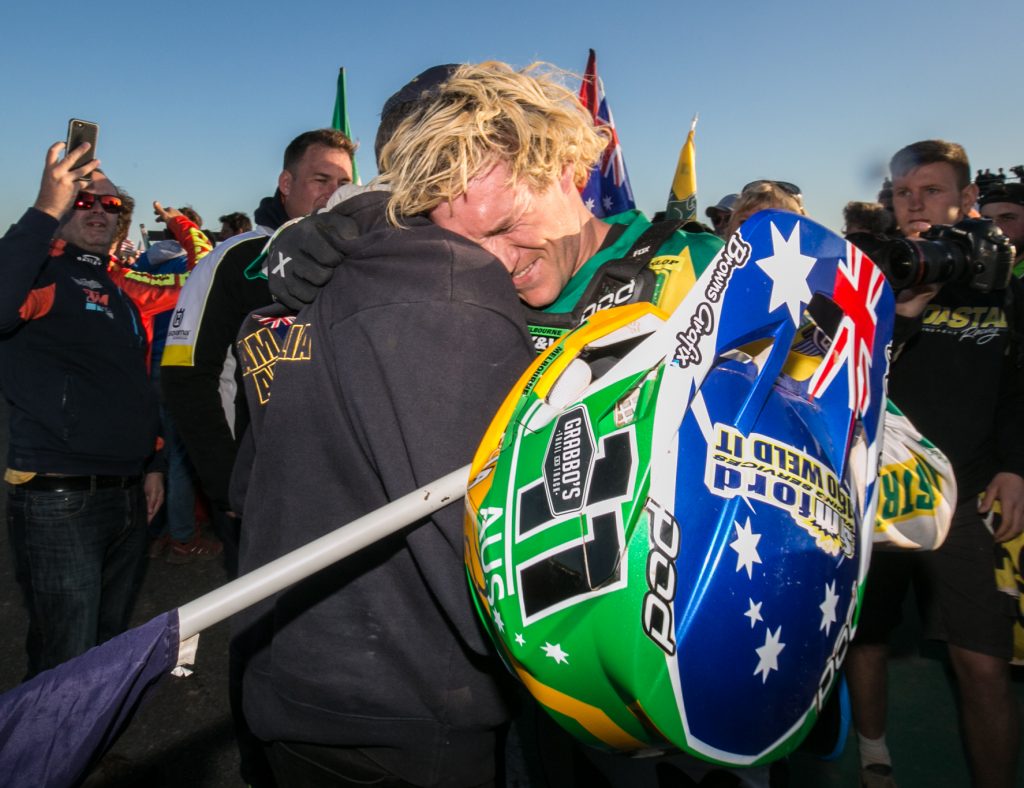 From the first time jumping on a motorbike with my dad, I had the bug for riding. Growing older I always wanted to race and seeing the trophies often had me wondering what that winning feeling would feel like. Even at a club level, becoming a world champion was never out of the picture for me, I always knew I had the work ethic, so although the skill may not have been there then, my hard work would fix that. I remember meeting Shane Watts when he came to Australia for a coaching school. Knowing he had won almost everything you could win in enduro around the world (including the ISDE outright), I wanted to achieve what he had done. 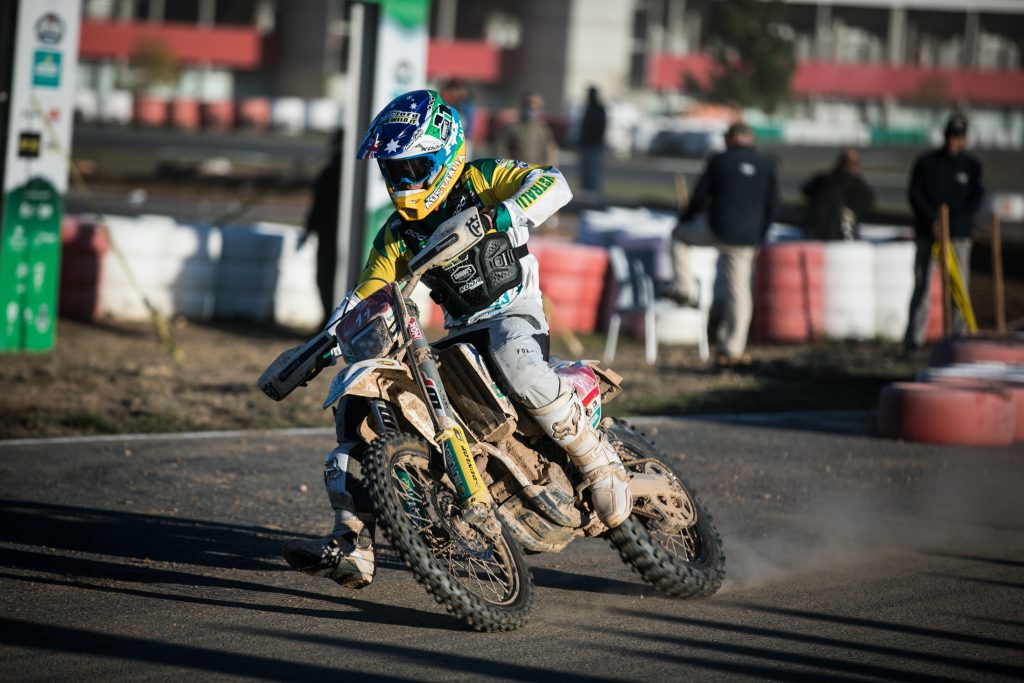 I feel like this year’s ISDE was more special to win than other years. Having all the national champions from America, Europe and the Enduro GP’s meant that I truly beat the best in the world. It’s taken countless years of hard work and the support of the people behind me to create this life of being a professional enduro racer. The win still hasn’t sunk in completely, however reliving the event and the road to get here helps confirm that this is the biggest achievement in my career.”

“I had an awesome time at this year’s FIM ISDE, finishing 10th outright and 4th in class (E2) along with finishing as the second highest place junior competitor. It was great to show the world what both myself and the other Australians are capable of. Coming into the race I really had no idea where I would fit into the outright standings, though I did know I would be competitive as I was feeling very comfortable on the FE450 leading up to the event.

It was awesome having the more experienced senior riders on the team to share their knowledge and give advice the whole way through the race. I really feel like I learnt a lot during the event. Hopefully next year I have the opportunity to compete again and better my 10th place finish. I’m so grateful to have been able to go represent my country, I couldn’t have done it without the huge effort from all my sponsors, my parents that came over and helped and of course all the Australian supporters.” 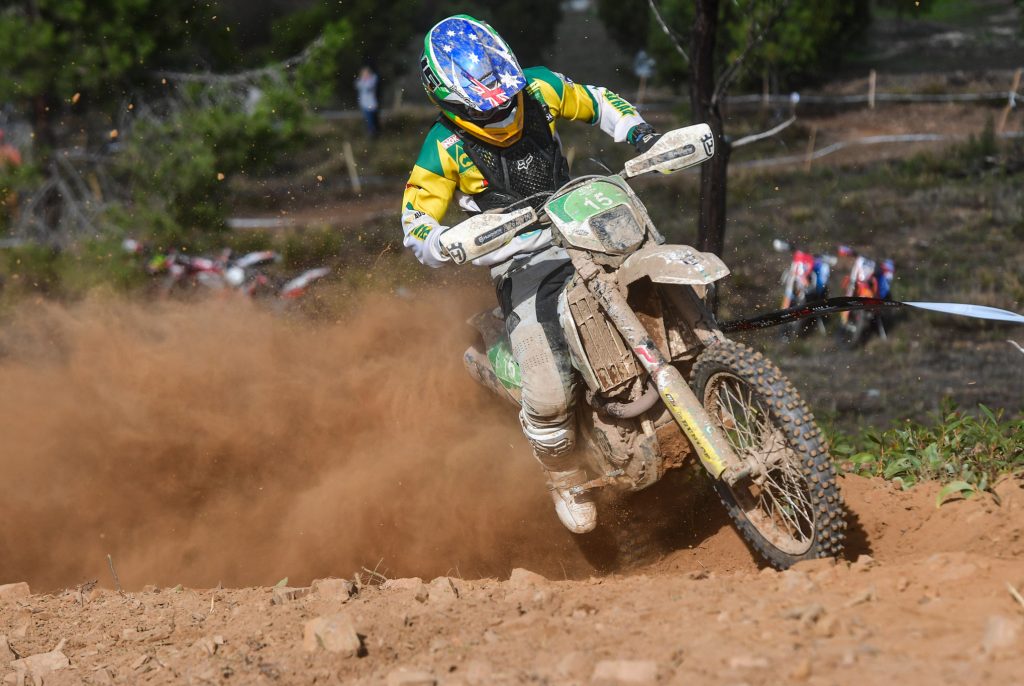