With Bailey Malkiewicz opening the weekend with the fastest MX2 qualifying time, Todd Waters quickly followed, securing the MX1 Superpole, before going on to win all three MX1 races, while Wilson Todd took both MX2 wins and securing a dominant round nine display for DPH. With Sunday hosting the tenth and final round of the MX Nationals on the very same track, Todd Waters once more secured Superpole before going on to win both 16-lap MX1 races and securing the MX1 Championship while Wilson Todd took a 1-2 finish in the back-to-back format and a third in the final moto to also secure the MX2 overall and the 2019 MX2 Championship.

Boyd Hocking, DPH Husqvarna team manager: “It’s unbelievable to walk away from the 2019 MX Nationals with both the MX1 and MX2 titles. We knew it was possible all year, with Todd and Wilson constantly showing that they were the riders to beat, but to actually get it done is unbelievable. We’re a close-knit team at DHP and I’m so pumped to show that a family-based team, with support, can achieve things no one else has done before. Obviously, there’s a lot of attention on the two championships, but I want to point out how good Bailey Malkewicz has been this season. He’s the youngest in the MX2 class, has got holeshots, fastest laps, pole positions and led races, all in his first season. He’s got a huge future ahead of him.”

DPH Husqvarna team owner, Dale Hocking: “What a year! We’ve had ups and downs, and surprises around every corner, but a few things have remained steady, and that’s, Tash, Boyd and the drive and determination of our riders. Three of Australia’s best racers ride out of our truck, and Boyd has stepped up at every occasion to ensure this team presents as one of the most professional, while never losing a family atmosphere. The pressure was there this weekend, but not one of us at DPH lost our cool and I’m just so proud of what our little team has done.”

Todd Waters: “I’ve wanted this for so long, and I’m pumped to be able to do it with such a great group around me. From personal sponsors that have been with me through my whole career, to new supporters, and the team at DPH, my family, and especially my Dad Steve. Having him behind me at every gate drop has been unreal and really helped to take the pressure off and just enjoy racing my bike. I’ve said it a lot this season, but I really love riding the FC450. DPH builds a family atmosphere where it’s easy to relax, focus and get the job done and that’s exactly what we did this weekend. I was confident coming into the weekend that I could wrap up the season, but I never expected to have a perfect finish with two superpoles and five race wins!”

Wilson Todd: “Everything came together for me this weekend. I’ve been comfortable leading the championship, but with such a small gap, and a double header weekend, anything could’ve happened. I didn’t get a great lap in qualifying, but I got out of the gates strong and was able to

ride at a strong pace to take both race wins and increase my lead for the final day of racing. For Sunday, I wanted to win, but not at the sake of the championship, so I used my head, raced hard and took opportunities when they were there, without risking too much. I’m now a two-time MX2 champion, and really glad I could help DPH make history by taking both championships in the one season. Thank you to everyone that supports me and the whole team.”

Bailey Malkiewicz: “I really felt like I could’ve been in the top five this year but it wasn’t to be. I walk away from my first year in MX2 with a lot of positives. Although crashes did slow me down, I’ve led from the front, and run the pace of the fastest riders, moved forward through the pack and proved that I have what it takes to be at the front of the MX2 class. I’m disappointed to not finish the season with stronger race results, but I’m happy with my speed and can’t wait to get into supercross!”

DPH Husqvarna Factory Racing would like to thank each and every team partner for their contribution to the team’s success. With industry leading products, creativity and knowledge, winning not one, but two national motocross championships simply wouldn’t be possible.

With the MX Nationals now over, the DPH Husqvarna Factory Racing team, once recovered from the celebrations, will take some time to soak in the significance of what they’ve achieved before setting sights on the upcoming supercross championship, set to be one of the biggest to date. 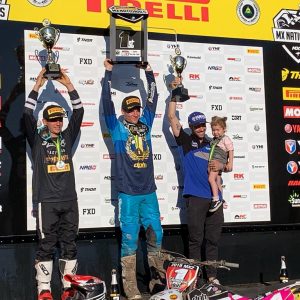 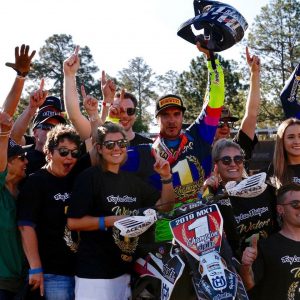 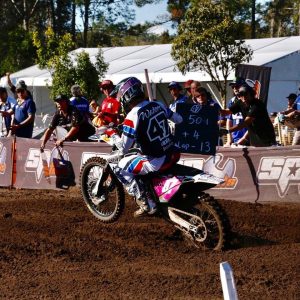