A strong start to the second half of the 2019 MX Nationals see’s the DPH Husqvarna Factory Racing team leave MX Farm in Gympie, Queensland with the championship lead in both the MX1 (450cc) and MX2 (250cc) classes.

Aboard his FC450, Todd Waters took another overall win and moved to the MX1 championship lead. 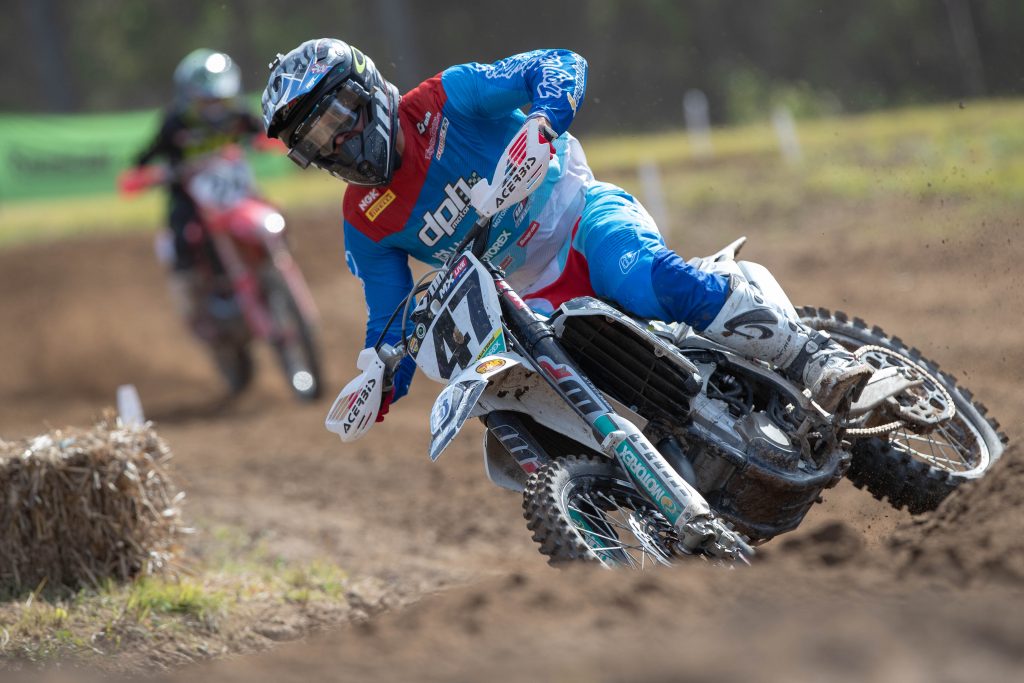 Todd Waters: “I went into the weekend knowing I could take the overall win… I felt good on the FC450” Image Credit: Foremost Media

In the MX2 Class,  Wilson Todd raced to second overall on the FC250 after a crash in the final moto. 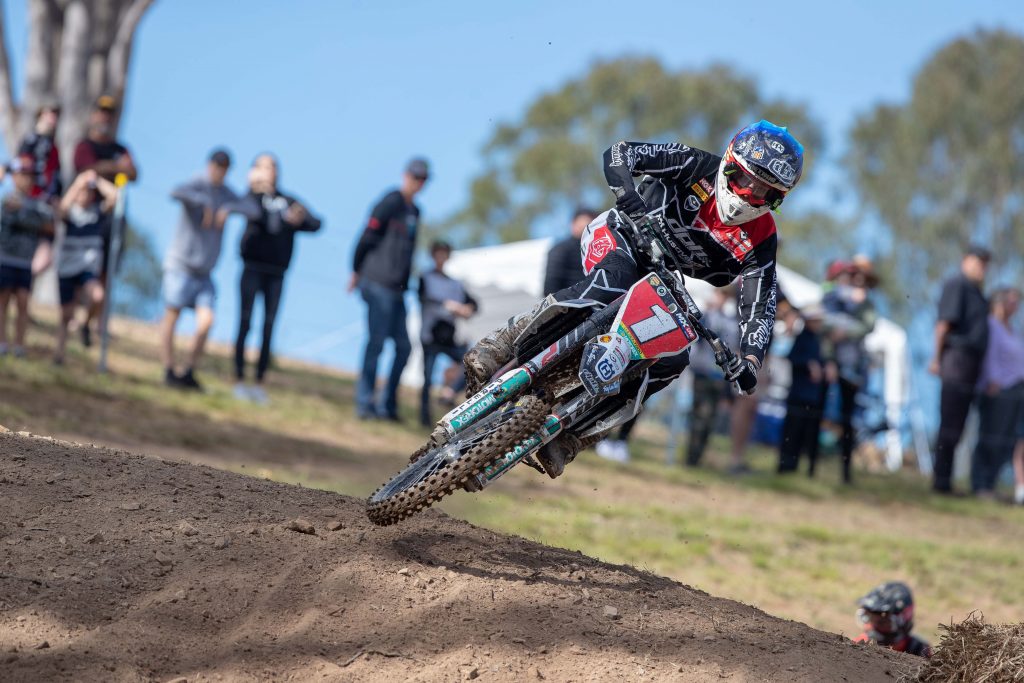 Bailey Malkiewicz continued his forward momentum and moves to seventh in the MX2 championship. 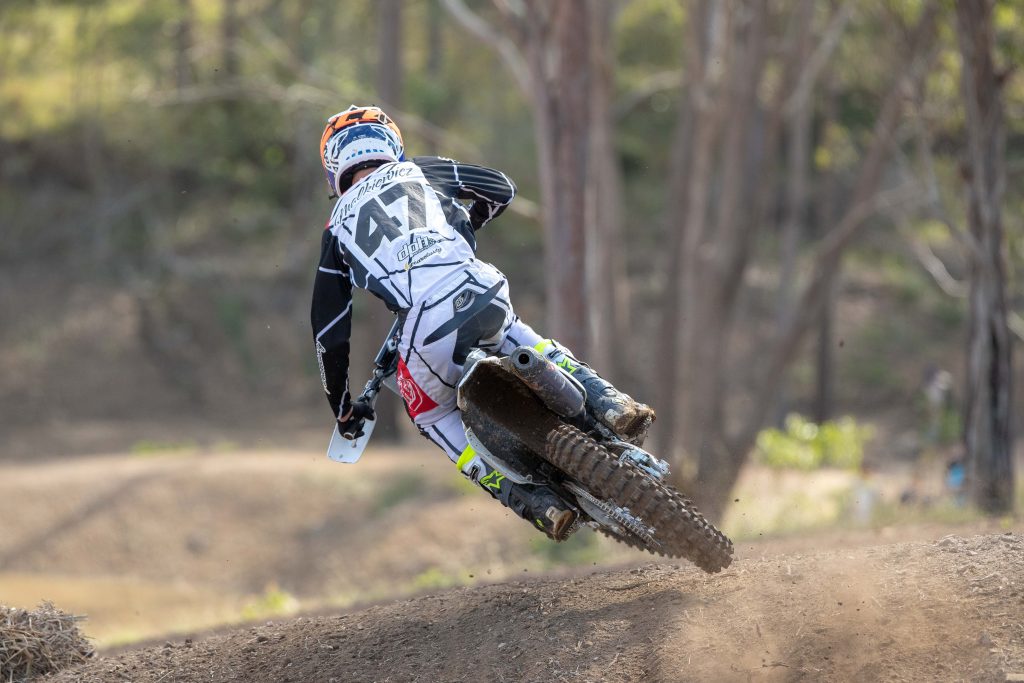 Bailey Malkiewicz: “I moved forward off the start in most of the races and I move forward in the championship” Image Credit: Foremost Media

The seventh round of the MX Nationals is slated for Maitland, NSW on July 14. The DPH Husqvarna Factory Racing team will head back to their Melbourne base to debrief before setting off once again in pursuit of the MX1 and MX2 Championships.

Boyd Hocking, DPH Husqvarna team manager: “I’m really happy with how things came together this weekend. With all three racers being full of confidence after the break in the season, we all felt it would be a strong weekend but to finish the weekend leading both championships is unbelievable. With four rounds over three weekends still to go, a lot can happen, but we’re in a good position. I know Bailey is disappointed with his results as he is capable of more, however seventh overall and he continues to progress forward in the championship is a positive result and gives him some direction to continue to improve. As for Toddy (Todd Waters) and Wilbur (Wilson Todd), they continue to show that they are in it to win, and they’re the benchmark riders in their classes. When things don’t go exactly to plan, they consolidate, work hard and make it a positive result, and when it does go to plan, they cross the line first. I can’t wait for round seven!”

Todd Waters – Husqvarna FC 450: “I went into the weekend knowing I could take the overall win. The track was new, and got more technical as the day went on but I felt good on the FC450. After Qualifying fourth, a mistake in superpole left me with fifth gate pick I had to work past a few riders in both races to get to the front, but I felt like I was controlling the pace and running my own race. pushing harder when someone was close and maintaining the gap. A small mistake in the second race gave Gibbs an opening with three laps to go and although we raced to the line, he got there half a second (0.679) before me. With the round win comes the points lead. I can’t thank everyone who supports me, and the team enough for your help, and also all those people that drove out to Gympie to watch us race, and especially those that bought one of my new range of tee’s!”

Wilson Todd – Husqvarna FC 250: “I really wanted that third win today, and even though I went down and was pretty much last on the first lap, with the longer race, I was confident that I could work my way through the field. I got back to fifth with two laps to go, and with clear track managed to put in my fastest lap of the race, but I ran out of time. I really like the mixed format, with the back-to-back races and a more traditional longer moto. The sprints are fun to race and great to watch with close racing, and the longer moto usually adds more strategy when you’re near the front, giving you time to plan your moves and manage your endurance. The second overall increases my championship lead slightly, and that’s what I’m concentrating on.”

Bailey Malkiewicz – Husqvarna FC 250: “Seventh isn’t where I planned on finishing this weekend, and doesn’t show what I’m capable of. I struggled to really get on-top of the track this weekend and so I had to fight in every race to find momentum and keep track position. I managed to move forward off the start in most of the races and I move forward in the championship, so it’s not a bad result, but I know I can do better. I’ll head home and take some time to look at what happened and come back even stronger in Maitland.”