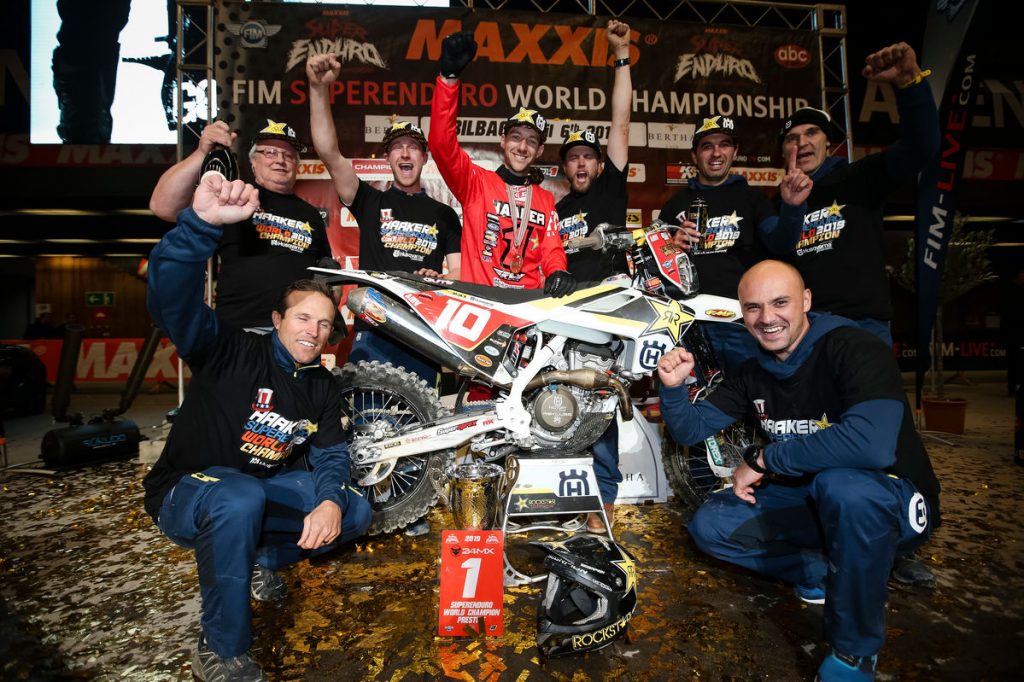 Securing his third world crown, Rockstar Energy Husqvarna Factory Racing’s Colton Haaker has won the 2019 FIM SuperEnduro World Championship at the fifth and final round of the series in Bilbao, Spain.

Entering the closing round of the series as the championship leader, Haaker held a 12-point advantage over his closest rival with just three races, and superpole for the fastest qualifier, remaining in the 2019 championship. Although feeling unsettled on the extremely slippery and inconsistent course, Haaker still managed to power his FX 350 to the second fastest time in superpole, securing two valuable points.

In the opening race, a run of mistakes put the Husqvarna rider on the back foot early on. Finding his rhythm as the race progressed, Haaker worked his way up the leader board to secure a third-place finish. With the start order reversed for race two, he put in his best ride of the night, quickly taking control of the lead. Controlling the pace up front, he rode clear to claim victory. 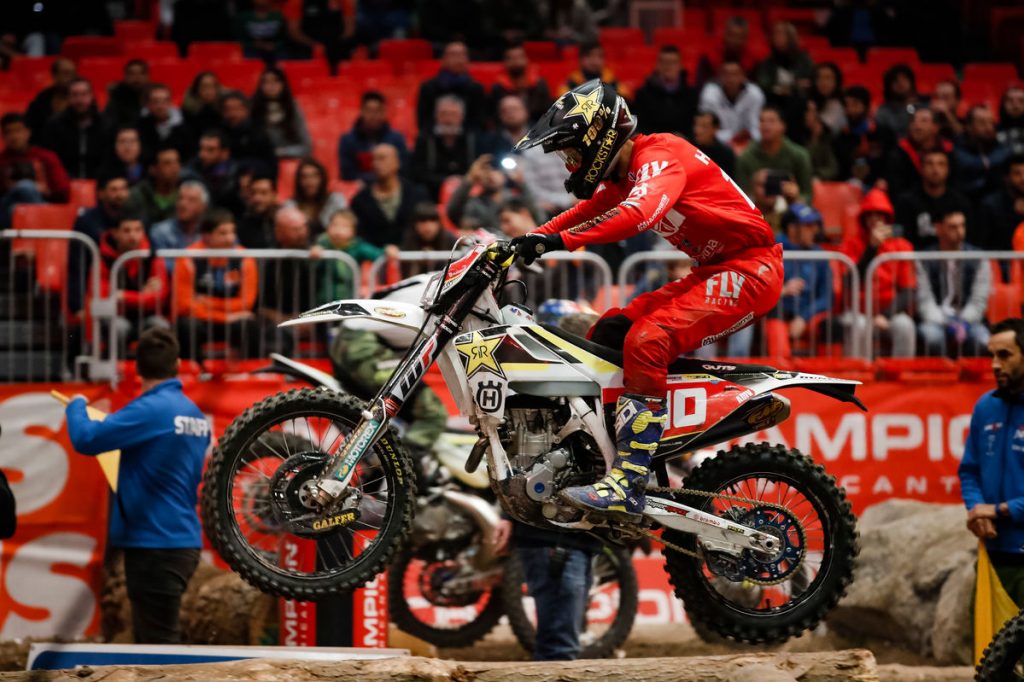 With the outcome of this year’s championship fight coming down to the final moto, Haaker held the point’s advantage as they lined up at the start. A strong opening lap put him right where he needed to be, but a series of errors dramatically saw him slip back down the leader board. Putting in a fighting final lap, Haaker rode his way back into contention and with it clinched the 2019 FIM SuperEnduro World Championship.

For teammate Alfredo Gomez the final round of the championship was an eventful one. Hoping to deliver his best in front of his home crowd, the Spaniard carded two fourth place results in the opening two races. 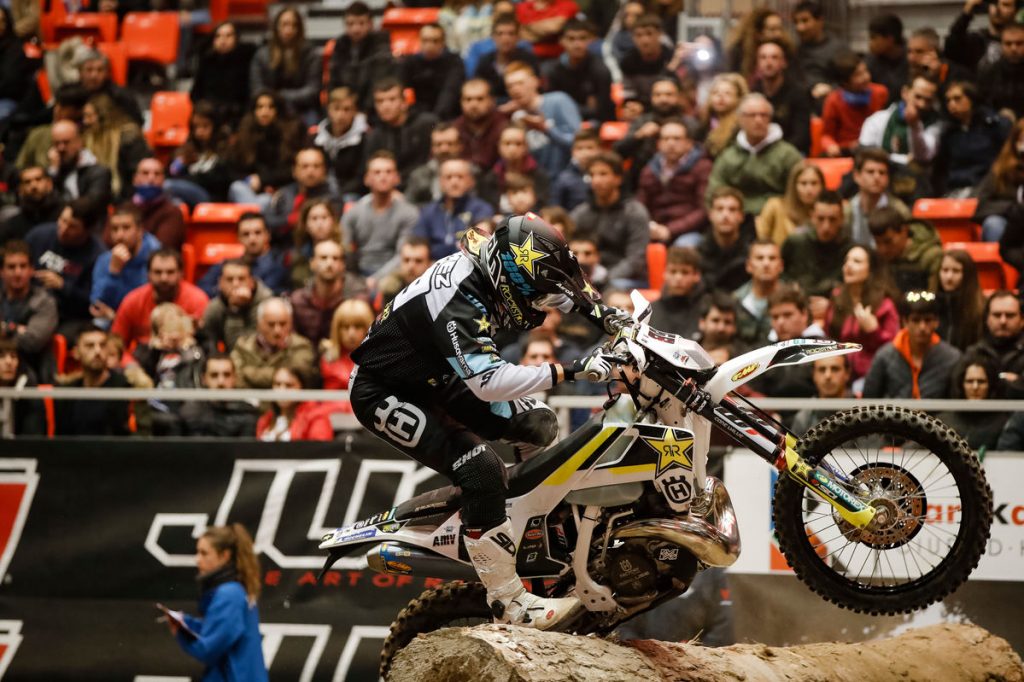 Rockstar Energy Husqvarna Factory Racing return to competitive action for the opening round of the World Enduro Super Series in Portugal on May 10-12.

Colton Haaker: “I’m a little bit lost for words right now, it’s been an eventful night but to end it as the world champion is an incredible feeling. I can’t thank the guys at Husqvarna enough for the support they’ve given me, not just tonight but throughout the entire series. This title is very much a team effort as it is mine. Tonight was tough. I’m not quite sure yet what it was but it certainly wasn’t my best night on a bike. The track wasn’t good and I had some serious arm pump issues, which is something I never really get. I made so many mistakes in race one and was riding too tight. Then I got it together in race two and felt more like I should. It was all on the line for the final and I did what I needed to do on the first few laps. But then the arm pump kicked in again and I stalled my bike so many times. With about a lap to go I got things together again and put everything I had left into that lap and won the title. It wasn’t pretty, but it doesn’t matter, we’re world champions and it feels awesome.” 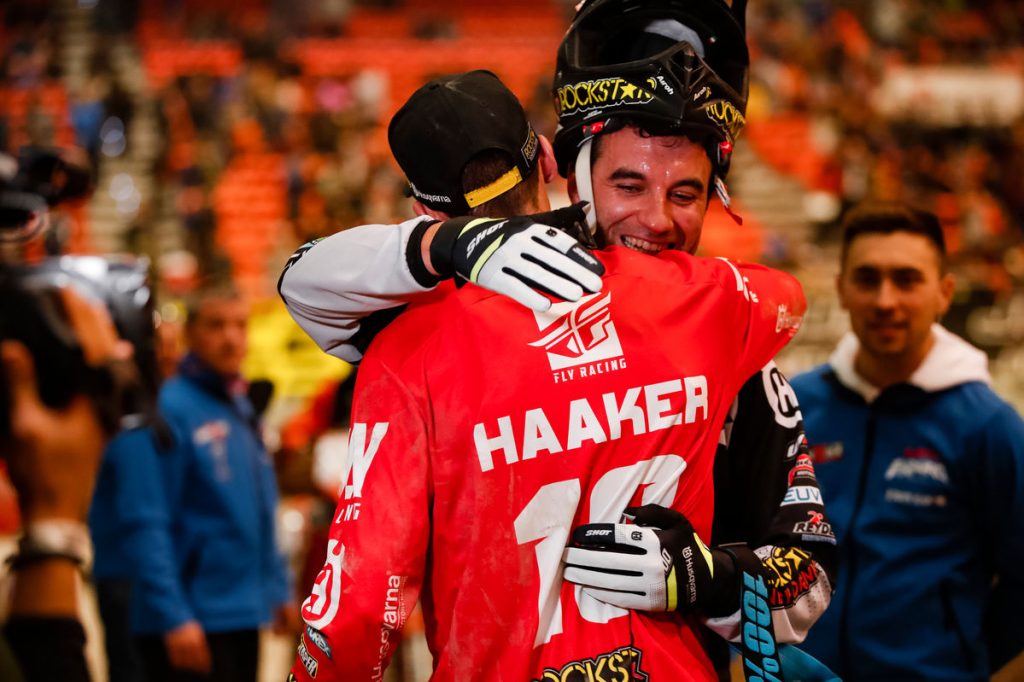 Alfredo Gomez: “I wanted to put in a good performance for my home fans tonight, but we had a really difficult track to deal with and it was so easy to make a mistake. I had two good rides in the first races and was pleased with things. Race three was a bit chaotic and I could also see that my teammate Colton was struggling, so I did my best to protect him and keep his title hopes alive. In the end he is world champion and I’m happy for him and the team. For myself I’m pleased with certain elements of my championship. A race win in Poland was fantastic. Of course my elbow injury in Germany was tough to deal with but I came back to finish on the podium in Madrid and I’m delighted about that. I feel like after the injuries of the past 12 months I’m out of the woods now and can focus on making a fit and healthy start for the World Enduro Super Series. My target is to try and win the hard enduro races, starting with round one at Extreme Lagares next month.”